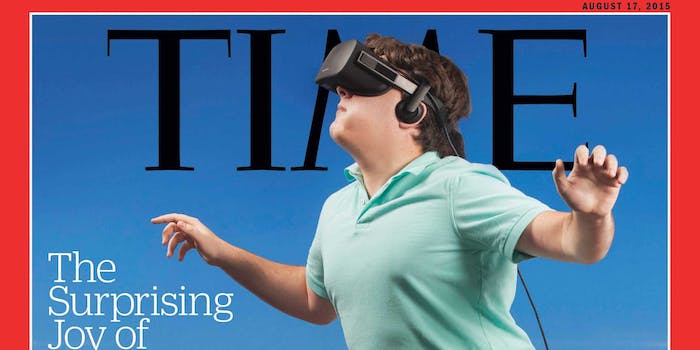 Time cover ruins VR for everyone—it’s all over, sorry

The magazine fails its readers with the representation of VR.

Virtual reality is a thing and Time magazine is on it.

Inexplicably, Luckey is jumping in the air with no shoes on.

The cover is making the rounds on social media, with many people disappointed at the laughable way VR is portrayed on both the cover and in the article itself.

He’s a nerd all right, but not the kind who went to a top-ranked university, wrote brilliant code or studied business plans. He’s cheery and talks in normal sentences that are easy to understand. He was homeschooled, and though he did drop out of college, it was California State University, Long Beach, where he was majoring not in computer science but in journalism.

Thank you, Time, for reinforcing an outmoded model of a typical Silicon Valley “nerd.” Of course, if anyone had bothered to peer deeper into Silicon Valley, they’d likely realize there are plenty of folks working in VR and other hot areas in tech who are not only capable of holding conversations, but who come from different socioeconomic and educational backgrounds.

Time should’ve taken a look at all the #ILookLikeAnEngineer tweets to see what an engineer actually looks like, before capturing “other Silicon Valley nerds,” with one giant, stereotypical net.

Beyond the weird narrative that portrays Luckey as some type of unicorn in a sea of Dungeon & Dragons playing “nerds” who can’t communicate with other human beings, the magazine decided to print one of the most Photoshoppable covers we’ve ever seen. 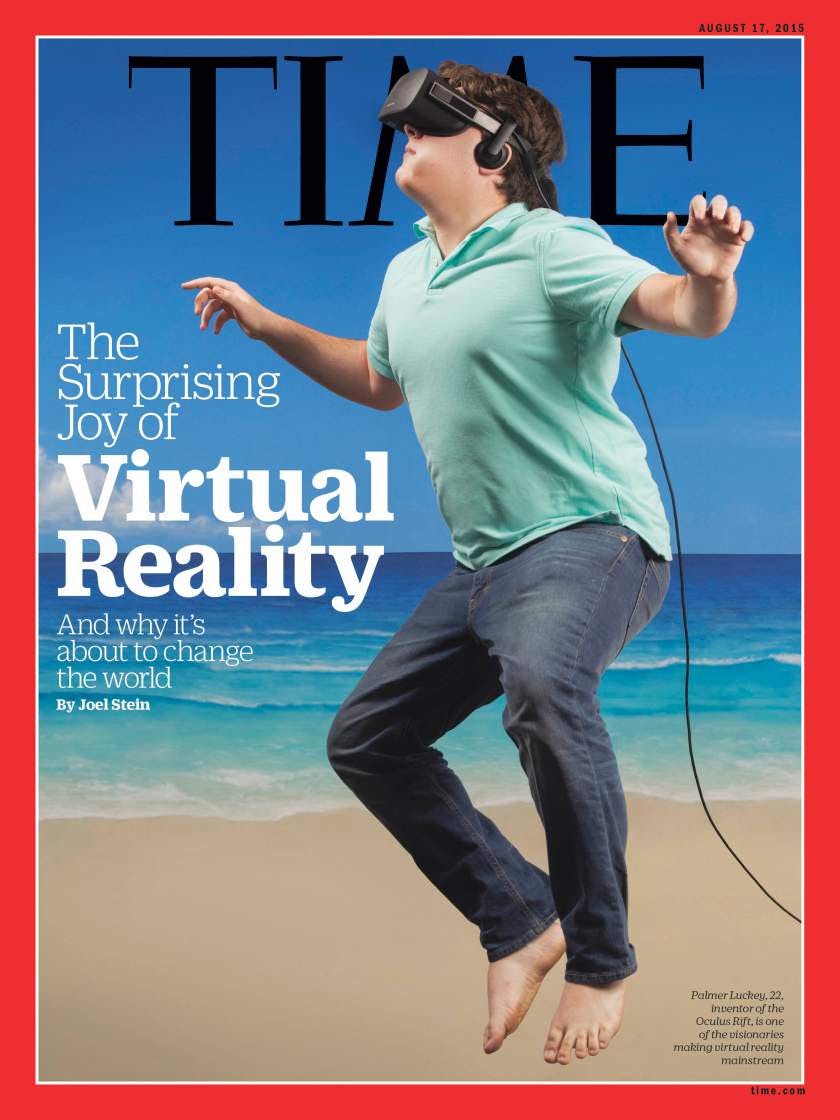 Already people are taking advantage of the awkwardness.

Had to be done. /cc @darth pic.twitter.com/cntWpFeIlQ

The Daily Dot’s illustrator Jason Reed was also inspired by the odd cover to create some meme-ready art. 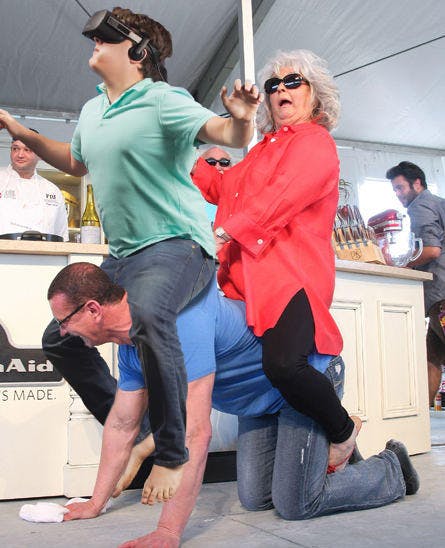 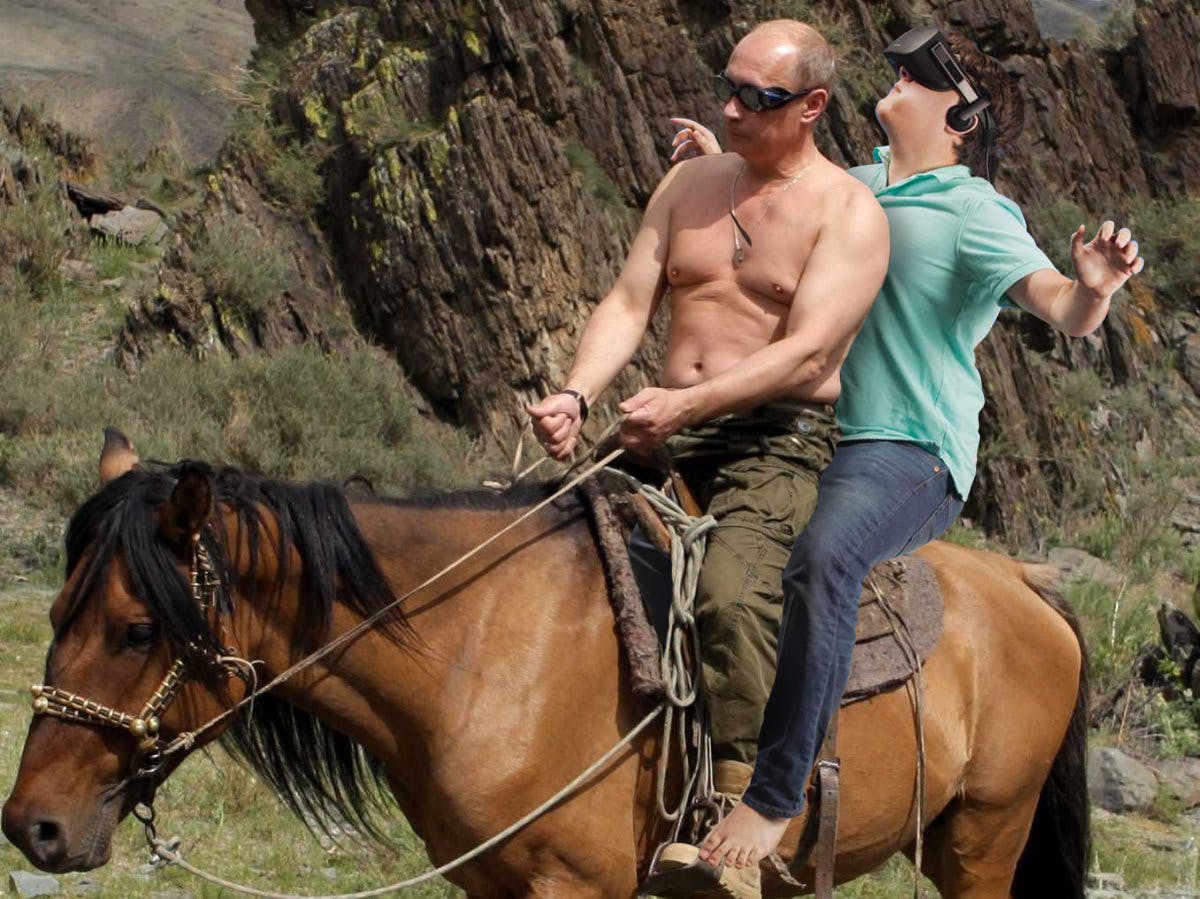 Reed also provided a standalone image of Luckey so anyone can participate. Some of our Twitter followers had some fun with the image, too.

Pretty sure I'm not the first one, but anyway @dailydot @TIME pic.twitter.com/qj2YJbqBL9

At a time when women and people of color are fighting an uphill battle for visibility in Silicon Valley, Time’s profile on Luckey—yet another young, white, boy wonder—comes across as completely tone-deaf.

Happily, we have a sea of memes to console us.