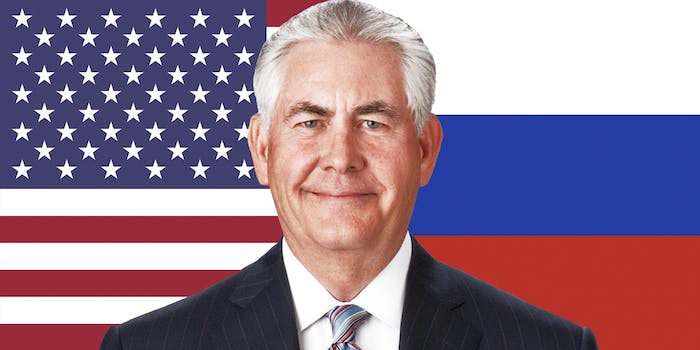 Leaked documents have revealed that President-elect Donald Trump’s pick for secretary of state, Rex Tillerson, was director of a U.S.–Russian oil firm.

The ExxonMobil CEO, whose suitability was already under scrutiny due to his ties to Moscow and the oil industry, is now revealed to have been the director of the company’s Russian subsidiary, Exxon Neftegas. Furthermore, and perhaps more controversially, the company is located in the tax haven of the Bahamas.

Tillerson became director of the company in 1998 and is named on the leaked document alongside a number of other directors. Exxon Neftegas, while located in the offshore tax haven, undertook important Russian Arctic oil exploration missions. The public register from 1998 was one of over 1.3 million documents leaked to German newspaper Süddeutsche Zeitung.

While neither owning a company in an offshore tax haven nor doing business in Russia is illegal, the report is likely to lead to renewed questions from political rivals surrounding Tillerson’s relationship to Russia amid U.S. intelligence reports claiming Moscow attempted to tamper with the American election.

The incoming secretary of state has already been criticized by both Republicans and Democrats for his close personal ties to Russian President Vladimir Putin. Putin awarded Tillerson an Order of Friendship in 2013.

According to the Guardian, the award followed a successful 2011 deal between ExxonMobil and Russian oil company Rosneft. Rosneft is run by ex-KGB agent and influential political figure Igor Sechin, an individual prohibited from entering the U.S under Obama’s sanctions—of which Tillerson had always remained critical.

Others have voiced concerns about the lack of diplomatic experience, on the part of Tillerson, who built an entire career at the fossil fuel multinational. Having ascended to CEO in 2006, ExxonMobil announced on Sunday that the businessman had officially stepped down ahead of his new role in Trump’s administration.