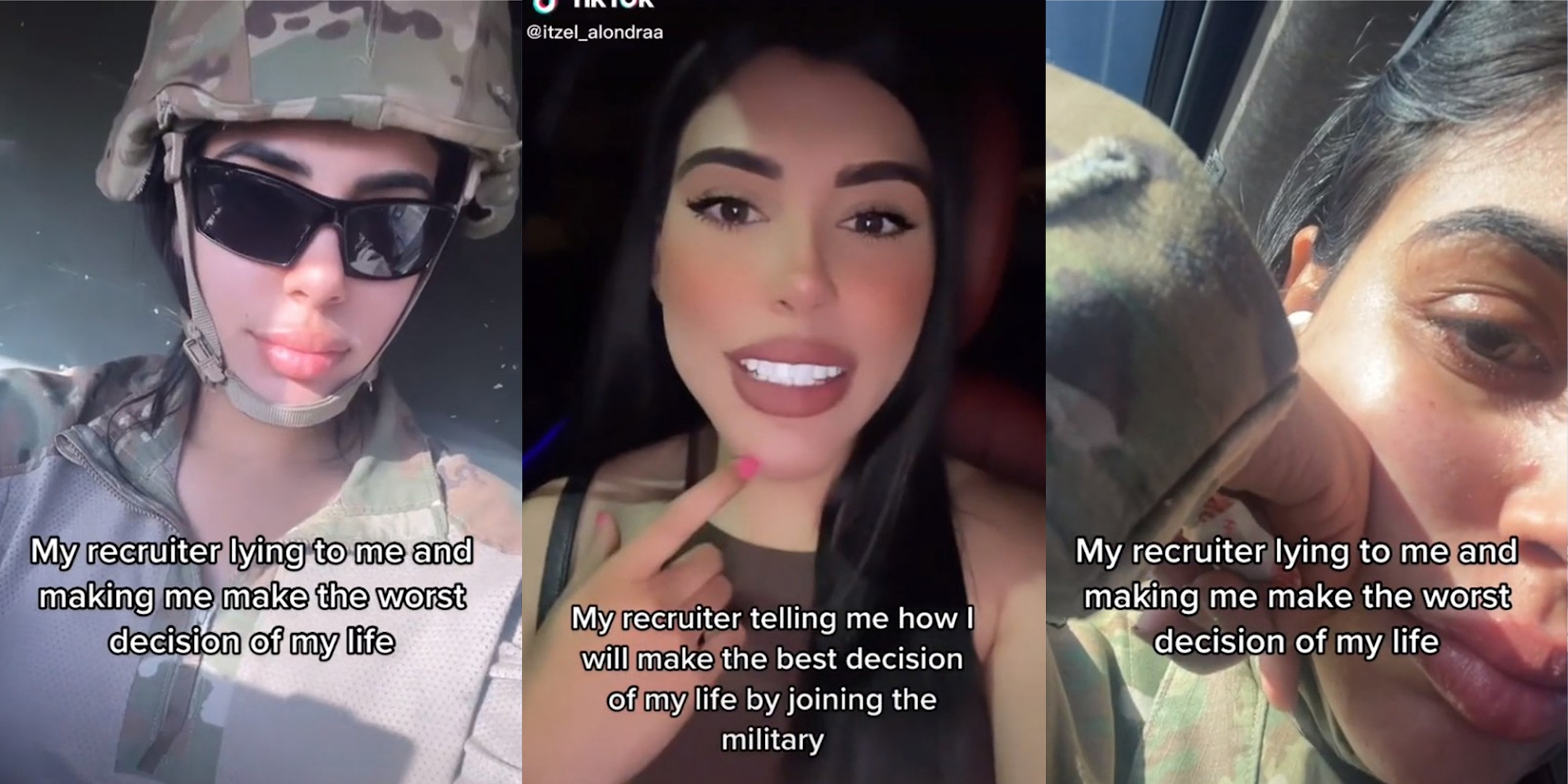 ‘Worst decision of my life’: TikToker says recruiter lied to her and convinced her to join the Army

A TikToker went viral after sharing a video in which she claims to have been tricked into joining the military.

The footage, which has racked up nearly 450,000 views, shows TikTok user Itzel Hernandez explaining how a recruiter allegedly lied to her about what she would experience if she enlisted.

“This life is not for me,” a caption on the video states.

Users weighed in on the video with mixed remarks. Some argued that Hernandez was naive to think that she wouldn’t be sent overseas.

“The military is literally training to DEPLOY….” one user wrote.

Others appeared to suggest that they too had experienced similar situations during their time in the military.

“My recruiter said the same thing ‘they only send the infantry’ but deploying was one of the best things that I’ve ever experienced,” another added.

Still, many commenters were critical of the video and Hernandez’s claims.

“You must’ve been in the clouds if you signed without believing you’d get deployed.. that’s literally the point of training,” one TikToker stated.

But a handful of users were quick to defend Hernandez by pushing back on the criticisms.

“I don’t get these comments, supporting the troops means helping them through low points like this, why are so many attacking?” another user wrote.

The Daily Dot reached out to Hernandez to inquire about the reactions to her video but did not receive a reply by press time.

Hernandez has continued to upload videos on her experiences with the military since initially going viral.