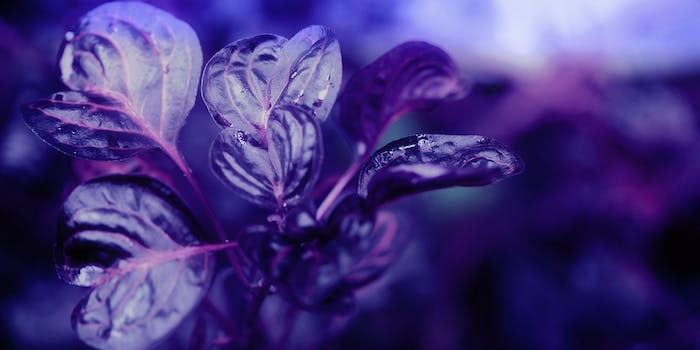 Photo via vinothchandar/Flickr (CC BY 2.0)

Today, I’m thankful for the Internet

There are times when even writers run out of words to say.

I was stunned into silence recently—overwhelmed by an outpouring of support from hundreds of strangers and friends across the Internet. In response to an essay I posted on Medium about my eating disorder and recent steps toward recovery, people I’d never met and those I knew but never told my painful secret sent words of encouragement via Twitter and Facebook and even email.

It was impossible to put into words just how moved I was by the notes I received. Fathers told me their daughters struggled with something similar. Anonymous strangers revealed their bitter battles with depression and mental illness. A man told me his girlfriend had a “wake-up call” after reading my story. Multiple women reached out to say they were too embarrassed to share it publicly, but they had an eating disorder, too.

I had hoped just one person might read the words I wrote and find something helpful within them. I was not prepared for the avalanche of positivity that came tumbling down upon me. As I sat there, staring into a humming screen, I felt more vulnerable and exposed than I ever have in my entire life.

As each note arrived, they became harder to read. Tears blurred the words on the screen, and eventually I stopped responding to them. Not because I didn’t appreciate every single one, but because it became too hard to try. Instead of the disgust and repulsion I expected my essay to evoke, words like “courageous,” “inspirational,” and “proud” filled up my feeds.

@selenalarson You are incredible and so many of us believe in you. Take good care of yourself, as you're able.

It is difficult for me to be on the receiving end of such compliments, catching adjectives that feel foreign, so far from the way I see myself it’s like people are speaking another language. I didn’t think I deserved the praise people were giving me.

I am not courageous, I am broken.

For the most part, my expectations were based on how I viewed myself, and the comments I’d received in the past from people I care about. But also, exposing oneself online invariably attracts negative feedback from “trolls” and people who seemingly sit in dark corners of the Web, waiting for a chance to criticize something they don’t understand or agree with.

As journalists, we face this on a daily basis. More and more media organizations (including the Daily Dot) are removing comment sections from their websites. There’s often an expected amount of harassment to be dealt with when writing for the public, regardless of the topic at hand.

Of course, online abuse isn’t just a problem for people in media. Even my mother was harassed on Twitter for having an opinion. Rage fires are fueled with chunks of ignorance as small as 140 characters, as shouting matches are amplified by retweets and social shares. The Internet, especially social hotspots like Twitter and Facebook, can illuminate humanity’s societal struggles in a troublesome way, often making it appear as though nothing positive ever happens in the world.

Being constantly inundated with negativity and snark can lead to a heavy heart.

The very same week strangers offered their support and love to me after publishing the most personal thing I’ve ever written, governors of states across the U.S. made proclamations they had no legal right to enforce, barring entrance of refugees fleeing unimaginable violence. Students at college campuses protested the institutional and structural racism at their schools. An African-American activist was kicked and punched at Republican presidential candidate Donald Trump’s campaign rally, and Trump himself cosigned the violence.

As I’ve written before, it’s easy to pretend to be something you’re not on the Internet. Like tiny turtle shells, tweets can obscure or hide our true feelings or identities while we interact with and digitally live with 300 million other people, watching live as cities burn or protestors march or celebrities and politicians say embarrassing things.

Try as we might to bring our own little patch of serenity to Twitter and Facebook, it’s very easy, especially for me, to get bogged down among the negative social media. I had forgotten for a moment the sheer power it has to uplift, bring people together around a cause or a person, and make them feel like they matter.

Despite a segment of Twitter that contributes posts with negative sentiment, positive tweets actually have a greater impact—but both types of tweets can affect how you’re feeling. According to a study by the University of Southern California, positive emotions are more contagious and spread further than negative ones.

Researchers found that emotions spread virally through Twitter and can actually influence other people. Unlike the controversial emotional contagion Facebook study, USC’s Twitter study looked at publicly available tweets and, without manipulating the timelines of users, found that: “Higher-than-average numbers of positive tweets in the feed were associated with the production of positive tweets, and higher-than-average numbers of negative tweets were associated with the production of negative tweets.”

The support I received on Twitter and Facebook did have a profound affect on me. In much the same way I feel the need to step away from the Internet when it’s overwhelmingly negative, I clung to the outpouring of tweets and messages. I stayed connected to social networks throughout the week, because with each tear-inducing note I felt a little bit better about the world.

The Internet helped me feel like I mattered for the first time in a while. I joked that it felt like the Internet gave me a hug, but it is true—each comment became a thread in a very warm, very comfy sweater that wrapped me up with the positivity I needed to make it through an emotional roller coaster of a week.

I don’t know if everyone truly understands the impact words can have on a person, both negative and positive. I put my words into the world with low expectations. I received many, many more words back, words that brought me to tears, and made me, perhaps just for a second, believe in myself.

Photo via vinothchandar/Flickr (CC BY 2.0)