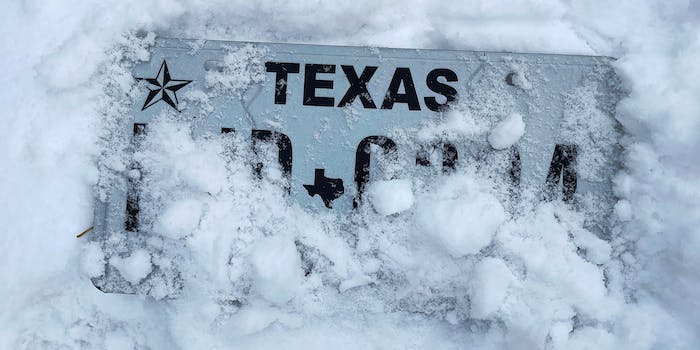 ‘Only the strong will survive’: Former Texas mayor accuses winter storm victims of ‘looking for a handout’

He announced his resignation shortly after sharing the post.

A Texas mayor announced his resignation last night after going on a Facebook tirade against the victims of Winter Storm Uri, calling them “weak” and accusing them of wanting a “damn handout.”

Tim Boyd, the former mayor of Colorado City, Texas, railed against anyone needing assistance during the harsh winter storm, which quickly escalated into a statewide emergency. The icy weather knocked out power grids across Texas on Monday, forcing rolling blackouts during some of the coldest weather Texas has experienced in 30 years. Millions of homes remain without power, and at least 20 people have died, the Associated Press reports.

So when Boyd informed storm victims that “only the strong will survive and the weak will parish [sic],” people were understandably appalled.

Twitter user @MaTTFLaMMaBLe shared a screenshot of Boyd’s rant. The disgraced ex-mayor demanded that residents of his own city “quit crying and looking for a handout” and urged people without power to “step up and come up with a game plan to keep your family warm and safe.”

“This is sadly a product of a socialist government where they feed people to believe that the FEW will work and others will become dependent for handouts,” Boyd continued. “Bottom line quit crying and looking for a handout! Get off your ass and take care of your own family!”

“Wow! He’s basically saying… The poor should Die, and the Rich should Survive! These White Males!” @iheartwestbrook wrote.

“Sounds like someone doesn’t have a clue what public service means,” @NicoleVCook tweeted.

Following the backlash, Boyd took to Facebook again to issue a half-hearted apology and announce his resignation—but not before doubling down on his original sentiment.

“I won’t deny for one minute what I said in my post this morning,” Boyd wrote near the start of his “apology.” He accused people of taking his words “out of context” and stressed that he “would never want to hurt the elderly or anyone that is in true need of help to be left to fend for themselves.” You know, just the lazy people.

Boyd clarified that he had already submitted his resignation at the time of his post and complained about what he considered to be undue backlash. He lamented that his wife apparently lost her own job after defending his post, which Boyd called “so horrible.”

Commenters delighted in Boyd’s resignation. Between dragging the former mayor for looking like a “rejected Disney villain” and an “older, balding Gaston,” they also used Boyd’s own logic against him.

“Well his wife will just have to get another job then won’t she,” user @BigCin625 wrote. “It’s her responsibility to take care of herself and her family and her job. She’d better not file for any socialist unemployment benefits either, the lazy thing.”

“He and his wife really should buckle down and not depend on their jobs to feed their family,” @TNrockchicken tweeted. “I mean, they need to plan ahead- we can’t be responsible for making sure they have a livelihood. Take care of yourself and stop leaching off of the system, right?!”