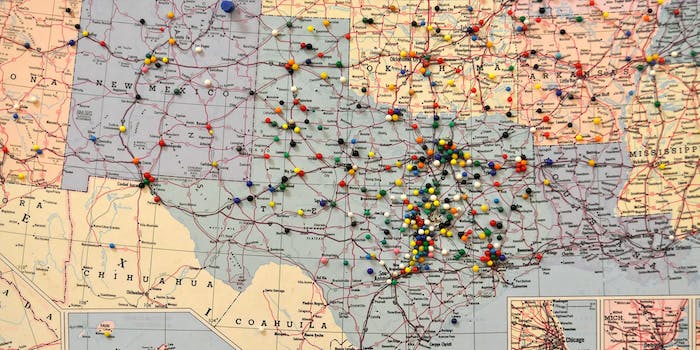 The same official was criticized for quoting the Bible following the Orlando shooting.

In an interview with Fox News, Patrick began by pointing out that all of the officers who died in the line of fire were wearing bulletproof vests and “never knew what hit them.”

“And I do blame—I do blame—people on social media with their hatred towards police,” said Patrick. The lieutenant governor also said he blamed previous Black Lives Matters protests in Dallas for inciting Thursday night’s violence.

The sniper attack occurred during a peaceful protest over the deaths of Philando Castile and Alton Sterling, both black men, at the hands of police officers. Both deaths were captured on video and made the rounds on Facebook, Twitter, and other social media this week and sparked nationwide protests of police violence around the country.

Officials on Friday identified Micah Xavier Johnson, a 25-year old Army Reserve veteran with a clean criminal record, as the suspected sniper. Johnson was killed during an hours-long standoff with police.

“Last night was peaceful, but others have not been. We’ve heard of ‘pigs in a blanket,'” Patrick said, referencing the chant “Pigs in a blanket, fry em’ like bacon” sometimes heard at BLM protests.

Racial tensions in the Dallas/Fort Worth area between law enforcement and minorities have received national attention in the past. A video of a white police officer slamming a black teenage girl down at a pool party in McKinney went viral in 2015. That same year, Ahmed Mohamed, a 14-year old Muslim student at Irving High School, was arrested for bringing a homemade clock to school.

Patrick also called the BLM protesters who scattered when shots rang out “hypocrites” for running from the gunfire.

“All of these officers last night lost their life protecting people who were protesting against them. It has to end,” he said. “All those protesters last night, they ran the other way expecting the men and women in blue to turn around and protect them. What hypocrites!”

Patrick, a former talk show radio host, was elected as Texas lieutenant governor in a landslide victory in 2014. Patrick also has an active Facebook and Twitter presence. The Republican deleted a tweet quoting the Bible (“man reaps what he sows”) hours after last month’s Orlando shooting at an LGBT club. Patrick’s tweet received widespread criticism and the demand of an apology from the Texas Democratic party. A spokesman from Patrick’s office said the tweet was prescheduled and not intended to pertain to the Orlando shooting.

Patrick’s comments on Fox News received criticism on Twitter on Friday, though none from public officials. Patrick was also absent from a press conference on the Dallas shootings that Texas Gov. Greg Abbott held Friday night.

That one time Lt. Gov. Dan Patrick deleted "reap what you sow" tweet after LGBT mass shooting tho' https://t.co/ie3PsYhMvJ

Patrick has tweeted about opposing Obama’s transgender bathroom policy, sanctuary cities for undocumented immigrants, and the Supreme Court’s recent blocking of HB2, which shut down the majority of Texas abortion clinics. This week, he tweeted the FBI was “disgraceful” for not prosecuting Hillary Clinton.

“I understand the First Amendment, I understand freedom of speech, and I defend it,” he said on Fox News.