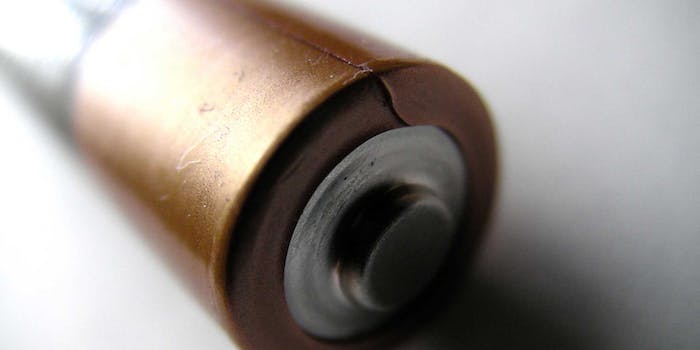 Texas Instruments is going to harvest energy at CES

Stop looking for an outlet.

One of Texas Instruments’ planned demonstrations at this year’s Consumer Electronics Show will highlight new ways to power devices with energy harvested from small changes in temperature, vibrations, wind, and light, according to ComputerWorld.

Energy harvesting is a familiar concept and has been used successfully in large formats, like solar panels and wind turbines, to capture and deploy clean energy. Unlike these established large-scale examples however, energy harvesting to supply consumer electronics and smart home devices has not had the same success. This is primarily due to the limitations associated with the small sensors required on such objects. TI’s demo will focus on new ways the company hopes to harness and magnify very low levels of energy to power devices that typically require a battery or outlet to function at all times.

Texas Instruments’ CES demo will come on the heels of a presentation at the Hot Chips conference in August where Yogesh Ramadash, lead design engineer at TI, announced that he believes chip performance and energy efficiency on some wearables was reaching a point where it could be “convenient for us to replace the battery and replace it with ambient energy.”

TI uses an “ultra-low powered” DC-to-DC switching converter that is capable of boosting the output from ambient energy sources from the hundreds of millivolts range to several volts. These figures represent the difference between an amount of power incapable of operating any device, and enough energy to charge a battery, for example.

While Texas Instruments has made clear that the energy generated by their technology is not currently enough to replace the battery on a complex device such as a smartwatch, it could at least supplement the battery, allowing a user to go longer between charges.

“Obviously, the longer you can make that [battery] last the happier the consumer is going to be with its performance,” William Cooper, a TI product marketing engineer, told ComputerWorld.

Even in its infancy, this technology has the potential to impact our energy consumption habits. But for now, we’ll still have to wait for the day when changes in body temperature or ambient energy from indoor lighting can be enough to avoid that pesky charger all together.