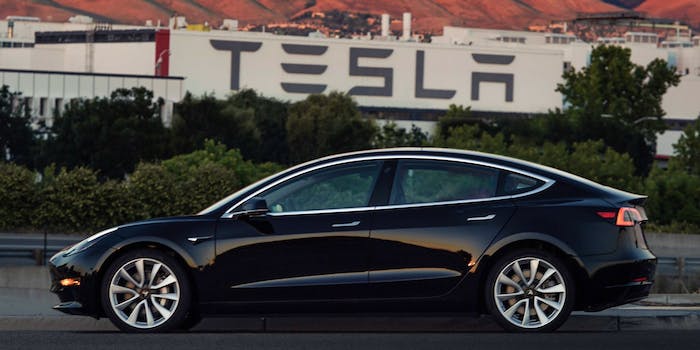 The company hasn't had a great month.

Production on Tesla’s Model 3 continues to ramp up, but lately, Elon Musk’s company has faced a few issues, including having to recall thousands of Model X vehicles and delaying the unveiling of the Semi truck.

This week, the company also fired hundreds of workers even as the company struggles to produce the Model 3 sedan, according to the San Jose Mercury News.

Somewhere between 400-700 workers were fired after Tesla conducted performance reviews on its employees, according to reports.

“Like all companies, Tesla conducts an annual performance review during which a manager and employee discuss the results that were achieved, as well as how those results were achieved, during the performance period,” the company told Business Insider in a statement. “This includes both constructive feedback and recognition of top performers with additional compensation and equity awards, as well as promotions in many cases. As with any company, especially one of over 33,000 employees, performance reviews also occasionally result in employee departures. Tesla is continuing to grow and hire new employees around the world.”

Tesla said it expects the “vast majority” of the newly created openings to be filled. Reportedly, employees had little warning about the firings.

Musk has said he wants to be producing 500,000 electric cars annually by the end of 2018. In the third quarter of this year, the company only produced 260 Model 3 vehicles.