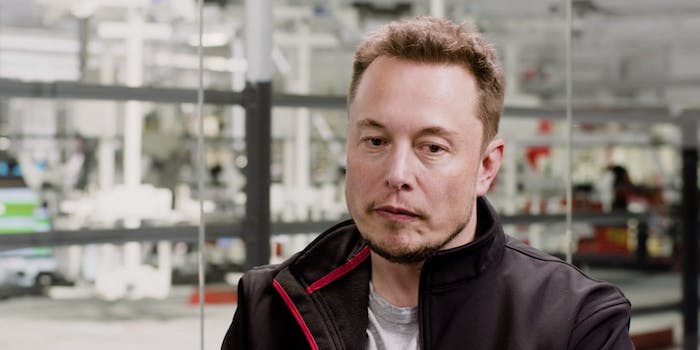 Elon Musk is delaying the unveiling of the hotly anticipated Tesla Semi to focus on the Model 3 and increase Powerwall production for Hurricane Maria-ravaged Puerto Rico.

Initially set to be unveiled Oct. 26, Tesla will now reveal the battery-powered truck on Nov. 16.

Known for delays and supply shortages, Tesla appears to be having trouble building enough Model 3s, the $35,000 mid-sized sedan it first announced in 2014. Musk previously said he wanted to go through “production hell” and crank out 500,000 units annually by the end of 2018. Supply “bottlenecks” suggest the company isn’t on target to meet that goal.

The other reason for delaying the semi truck is to help Puerto Rico recover from the devastation caused by Hurricane Maria, which knocked out the island’s entire power grid offline. Three weeks later, only 9 percent of the island has access to electricity.

I would be happy to talk. Hopefully, Tesla can be helpful.

Musk said on Twitter on Friday that he could use Tesla’s Powerwall energy storage systems to fix Puerto Rico’s fragile power grid. His hopeful claims were answered by the governor of Puerto Rico, Ricardo Rossello, who invited Musk to chat.

Earlier this month, Tesla said it would send hundreds of batteries to the island.