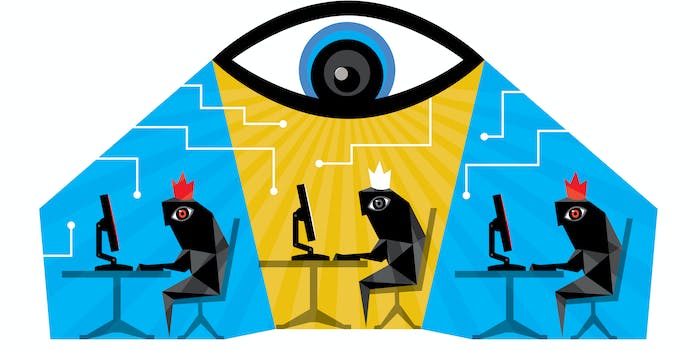 Surveillance advertising gets the spotlight

Over the last week, surveillance advertising has had a spotlight shined on it.

Surveillance advertising is essentially big tech companies using the vast amounts of data they collect on you to hyper-target advertisements. This business model has been highly criticized and the concerns raised about it align mostly with the arguments that a data privacy law is necessary.

A trio of Democrats in both chambers of Congress introduced the “Banning Surveillance Advertising Act.” The bill would ban advertisers from targeting users based on “protected class information, such as race, gender, and religion, and personal data purchased from data brokers.”

That would mean advertising facilitators like Google and Facebook from using that kind of information to target ads. The bill also proposed having the Federal Trade Commission (FTC) and state attorneys general enforce violations of the law.

Speaking of the FTC, it’s already been connected to surveillance advertising. Last year, advocacy group Accountable Tech petitioned the FTC to start a rulemaking process to target the practice.

Accountable Tech argued that surveillance advertising should be treated as an “unfair method of competition” and the amount of data collected to fuel the practice “relies upon and cyclically reinforces monopoly power” of big tech companies.

That petition from Accountable Tech got a boost from an unexpected source on Monday. Hillary Clinton tweeted about the group’s petition to the FTC, urging her followers to support it.

“Big tech uses surveillance advertising to fuel their business model, keeping us in our filter bubbles and spreading misinformation as they silently profit off of our data. @OnwardTogether partner @accountabletech is fighting back. Sign their petition,” the former presidential candidate tweeted, adding a link to the petition.

The focus on surveillance advertising comes as big tech is having a moment in Congress. Two antitrust bills were approved by Senate Judiciary Committee late last week.

Both of those bills drew the ire of big tech companies, which you can read more about below.

Cats are amazing (#teamcat), but there’s one about owning a cat that really sucks: that litter box. Now, you’ll never shovel cat poop by hand ever again with the Litter-Robot.

This smart, self-cleaning, automatic litter box does the dirty work for you. With a custom-built litter filter, sensor system, and deodorizing system, Litter-Robot is the last cat litter solution you’ll ever need.

Two big tech giants, Apple and Google, are trying to convince Congress not to pass several antitrust bills that were introduced last year.

The two companies have pushed back against the Open App Markets Act and the American Innovation and Choice Online Act. Both of the bills were introduced last summer and would have major impacts on the two companies.

Both bills passed through a Senate committee after Apple and Google commented on them.

Google’s President of Global Affairs & Chief Legal Officer Kent Walker published a blog post titled “the harmful consequences of Congress’s anti-tech bills” where he said the bills would be “handicapping America’s technology leaders.” He said Google was “deeply concerned” about “unintended consequences” from the bills.

Meanwhile, Apple sent a letter to members of Congress, which was published by 9to5Mac, saying the two bills would cause “real harm” to “American consumers’ privacy and security.”

While Google and Apple have pushed back against the bills, other technology companies are urging Congress to pass the bills.

A group of 35 companies including DuckDuckGo, Proton Technologies, the Tor Project, Sonos, and Yelp wrote an open letter to lawmakers saying that the bills would “restore competition in the digital marketplace and remove barriers for consumers to choose the services they want.”

A well-known ransomware gang is now using the social media platform Parler in order to aid its extortion efforts.

The cybercrime group, which joined the conservative-leaning website on Jan. 11, has already posted the name of one medical equipment company that it claims to have hacked.

The discovery was made by Brett Callow, a threat analyst with the cybersecurity firm Emsisoft.

Ransomware groups work by infecting and encrypting the contents of a computer network before demanding a ransom to return the data. If a victim refuses to pay, the group will often resort to publishing the victim’s data online.

The Daily Dot was able to locate the Parler profile in question but is declining to name the group to avoid pressuring the company into giving into the ransomware group’s demands.

While ransomware gangs most often use the dark web to avoid having their websites and hacked data censored, Emsisoft noted last month that some groups have begun using social media in order “to bring news of their conquests to a wider audience and put more pressure on victims to pay the ransom.”

Callow told the Daily Dot, however, that he believes this is the first time a ransomware group has decided to use Parler.

The Daily Dot reached out to Parler, which touts itself as an anti-censorship platform, to inquire about its policies regarding cybercrime but did not receive a response by press time.