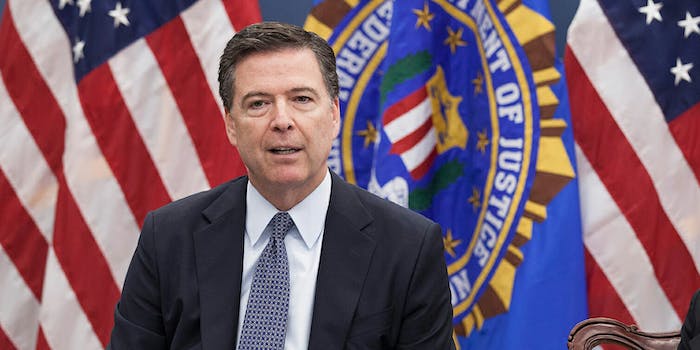 Forget the FBI texts: What else you need to know about the Inspector General report

There's a lot going on.

An Inspector General (IG) report detailing the FBI’s handling of the Hillary Clinton email investigation was released on Thursday, revealing a number of interesting developments.

The part regarding FBI agents Peter Strzok and Lisa Page and their distaste for President Donald Trump taking office may have generated a number of headlines, but there is a lot more going on in the report than that.

Sarah Huckabee Sanders, the White House press secretary, already said the report showed there was political bias in the FBI.

The favorite boogymen of the right, Strzok and Page, apparently texted one another about the possibility of Trump becoming president. While the text is is sure to set off firestorms in conservative corners of the internet, the revelation from the report does not do much than further the already known preferences of the two FBI agents about the 2016 election.

Both Page and Strzok were dismissed from Special Counsel Robert Mueller’s investigation around the time their relationship and text messages were made public.

Here is one series of texts that will surely get attention, according to the Washington Post:

“[Trump’s] not ever going to become president, right? Right?!” the lawyer, Lisa Page, wrote to Strzok.

2) The investigation was done properly

The investigation also found that Clinton should not have been charged, despite what Trump has asserted in the past.

The report was a rebuke of Trump’s “deep state” conspiracy theory.

“We found no evidence that the conclusions by the prosecutors were affected by bias or other improper considerations; rather, we determined that they were based on the prosecutors’ assessment of the facts, the law, and past Department practice,” the report says. “We therefore concluded that these were legal and policy judgments involving core prosecutorial discretion that were for the Department to make.”

3) Loretta Lynch/Bill Clinton meeting was an ‘error in judgment’

While conservatives have pointed to the meeting between former Attorney General Loretta Lynch and former President Bill Clinton in 2016 as an example of improper conduct, the IG had a different view.

The IG said that the 20-minute meeting was an “error in judgment.”

“Although we found no evidence that Lynch and former President Clinton discussed the Midyear investigation or engaged in other inappropriate discussion during their tarmac meeting, we also found that Lynch’s failure to recognize the appearance problem created by former President Clinton’s visit and to take action to cut the visit short was an error in judgment,” the report reads.

The Inspector General report did criticize former FBI agent James Comey for use of a personal Gmail account, and sending a much-criticized letter to Congress about the Clinton investigation shortly before the 2016 election.

In the report, they called Comey’s announcement a “serious error of judgment.”

“We found unpersuasive Comey’s explanation as to why transparency was more important than department policy or practice,” the report says.

The report also found that that the former FBI director used a personal email account to conduct official bureau business.

You can read the entire report, courtesy of the Washington Post, here.