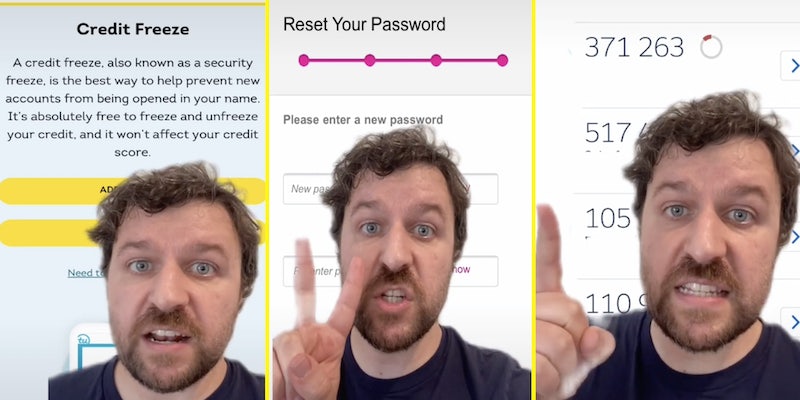 This is the fifth such attack on T-Mobile data in four years.

On Tuesday, T-Mobile confirmed it experienced a massive data breach as a result of a cyberattack. The breach affects 7.8 million current users, as well as more than 40 million records from past or prospective customers who had applied for credit.

According to an update on its site, T-Mobile said, “Late last week we were informed of claims made in an online forum that a bad actor had compromised T-Mobile systems. Yesterday, we were able to verify that a subset of T-Mobile data had been accessed by unauthorized individuals. We also began coordination with law enforcement as our forensic investigation continued.”

According to T-Mobile, “no phone numbers, account numbers, PINs, passwords, or financial information were compromised in any of these files of customers or prospective customers.”

But people are still worried. And in response, popular TikTok security expert Kyle Tobener dispensed advice about what to do in light of the massive security breach.

He prefaced it by saying, “If you have T-Mobile, you’re probably a little worried right now. They lost 100 million records to hackers, and if you’re a customer, your data is probably in there.”

His TikTok on the breach has over 1.2 million views. In it, he offered three easily doable steps to viewers to help protect their data going forward.

First, he said to freeze your credit. As he pointed out, “All the major platforms support it, it’s free, and nobody can open a financial account in your name until you unfreeze.”

Then, he said to change your passwords and PINs—not just on your T-Mobile account, but anywhere you might use them. Last, he said to use an authenticator app rather than text message-based two-factor authentication.

T-Mobile also offered additional protection to customers, noting in its statement about the breach that it would be “immediately offering two years of free identity protection services with McAfee’s ID Theft Protection Service.”

Newsweek pointed out that this was the fifth such attack affecting T-Mobile and its customers in a four-year span.