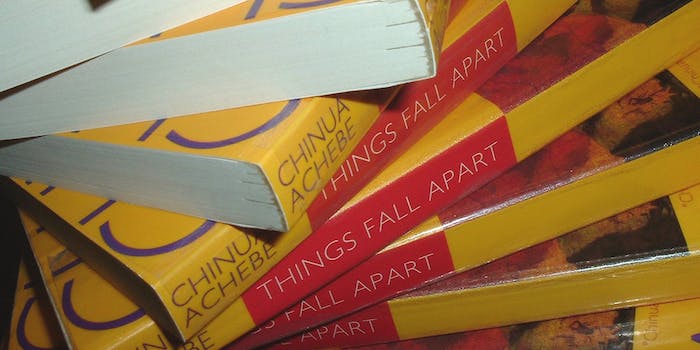 Unfortunately, the author has been dead for two years.

Not even high-level U.S. officials are immune to the Internet’s lies.

Susan Rice, President Obama’s national security advisor, and many others, fell for an Internet hoax on Monday related to the death of Nigerian author Chinua Achebe.

An obituary from the New York Times is currently making the rounds on social media under the pretext that Achebe died this year. The author, who wrote seminal African works such as Things Fall Apart and A Man of the People, actually passed away on March 21, 2013.

Rice apparently saw the erroneous messages regarding Achebe’s death before expressing her condolences via Twitter.

“Despite the promise of the future, today is a somber day in Nigeria, as Chinua Achebe was laid to rest in his native village,” Rice tweeted, followed by: “A giant of African lit., he brought the Continent-and Nigeria, in particular-2 the world. His works left lasting impression on me & my gen.”

Rice, who served in the Clinton administration as senior director for African affairs for the National Security Council, later deleted the tweets having realized her mistake.

Any occasion to remember the life & legacy of one of Africa’s greats, Chinua Achebe, is worth noting (+ a good reminder to read fine print!)