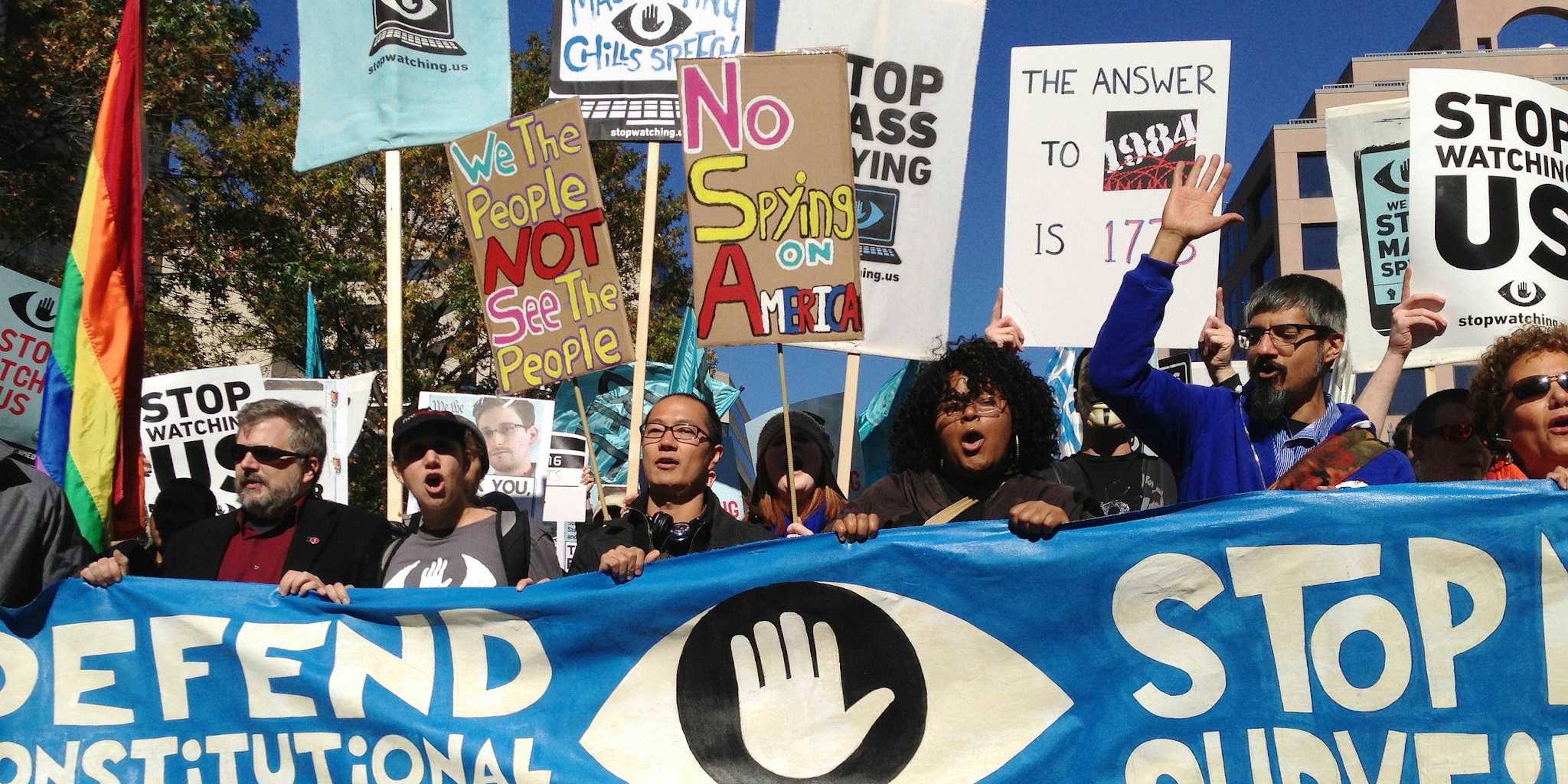 The head of the U.S. intelligence community has promised to be more transparent about how the government spies on people, and now a coalition of civil-liberties organizations is asking him to make good on that promise.

The American Civil Liberties Union, Brennan Center for Justice, Electronic Frontier Foundation, and more than two dozen other groups want Director of National Intelligence James Clapper to declassify information about the government’s use of Section 702 of the Foreign Intelligence Surveillance Act (FISA), which authorizes surveillance of communications passing through the United States that include at least one non-U.S. “person” (citizen or resident).

The groups also sought information on the policies for notifying American criminal defendants that the government will use data gathered under Section 702 to prosecute them.

Congress must reauthorize the law in 2017, which is why the groups are pressing for Clapper to disclose key statistics now.

FISA, passed in 1979 and controversially amended in 2008 after the NSA warrantless wiretapping scandal, is a major flashpoint in the mass-surveillance debate that erupted when Edward Snowden began leaking National Security Agency documents to journalists. Critics allege that Section 702 of the law—which does not require search warrants because the targets are foreigners—effectively authorizes warrantless surveillance of Americans, because agencies are allowed to keep data on Americans that is unintentionally collected in the course of foreign surveillance operations.

Congress must reauthorize the law in 2017, which is why the groups are pressing for Clapper to disclose key statistics now. “Disclosing this information is necessary,” they wrote, “to enable informed public debate in advance of any legislative reauthorization efforts in 2017.”

Brian Hale, a DNI spokesman, told the Daily Dot that Clapper’s office had received the letter and said that it would “respond directly to the authors.” He did not answer a question about whether Clapper believed that the information sought could be safely disclosed.

Clapper’s office recently released a plan for implementing its previously announced transparency principles. One of the “potential initiatives” that the document describes is intelligence agencies releasing “information to the public that explains the rules they operate under, their compliance with those rules, and their oversight mechanisms.”

“As part of this effort,” the document says, agencies “should describe, in understandable terms, their governance framework and release certain corresponding legal and policy documents, such as policies, guidelines, procedures, and reports consistent with the protection of intelligence sources, methods, and activities.”

In their letter, the civil-liberties groups acknowledged Clapper’s existing work to declassify secret legal documents, like opinions from the Foreign Intelligence Surveillance Court (FISC) that grant warrants for some NSA operations. But they said that “there remains a significant and conspicuous knowledge gap when it comes to the impact of Section 702 surveillance on Americans.”

“Information about that impact is critical in light of official representations that Section 702 is aimed at foreign threats and that collection of Americans’ information is merely ‘incidental,'” the groups argued. “The American public must have the data necessary to evaluate and weigh these official claims.”

The letter outlined several examples of controversial uses of Section 702 data, including the practice of “parallel construction,” in which law-enforcement agencies build cases against Americans by legally recreating data trails that they know exist because they already have the data from FISA searches.

The FISA Amendments Act, passed in 2008, extended the length of time for which the government could warrantlessly spy on an overseas U.S. person believed to be acting as an agent of a foreign power. (It required the government to notify the FISC immediately and submit a warrant request within the expanded time frame.) The law also immunized telecom companies from lawsuits stemming from their participation in President George W. Bush‘s illegal NSA mass-surveillance program.

“The NSA claims that it cannot ascertain the effect of foreign intelligence surveillance on Americans because that would violate privacy,” Elizabeth Goitein, co-director of the Brennan Center’s Liberty and National Security Program, said in a statement. “Leading privacy organizations across the country disagree. It does not serve Americans’ privacy to keep them in the dark about how often the NSA scoops up their phone calls and emails.”