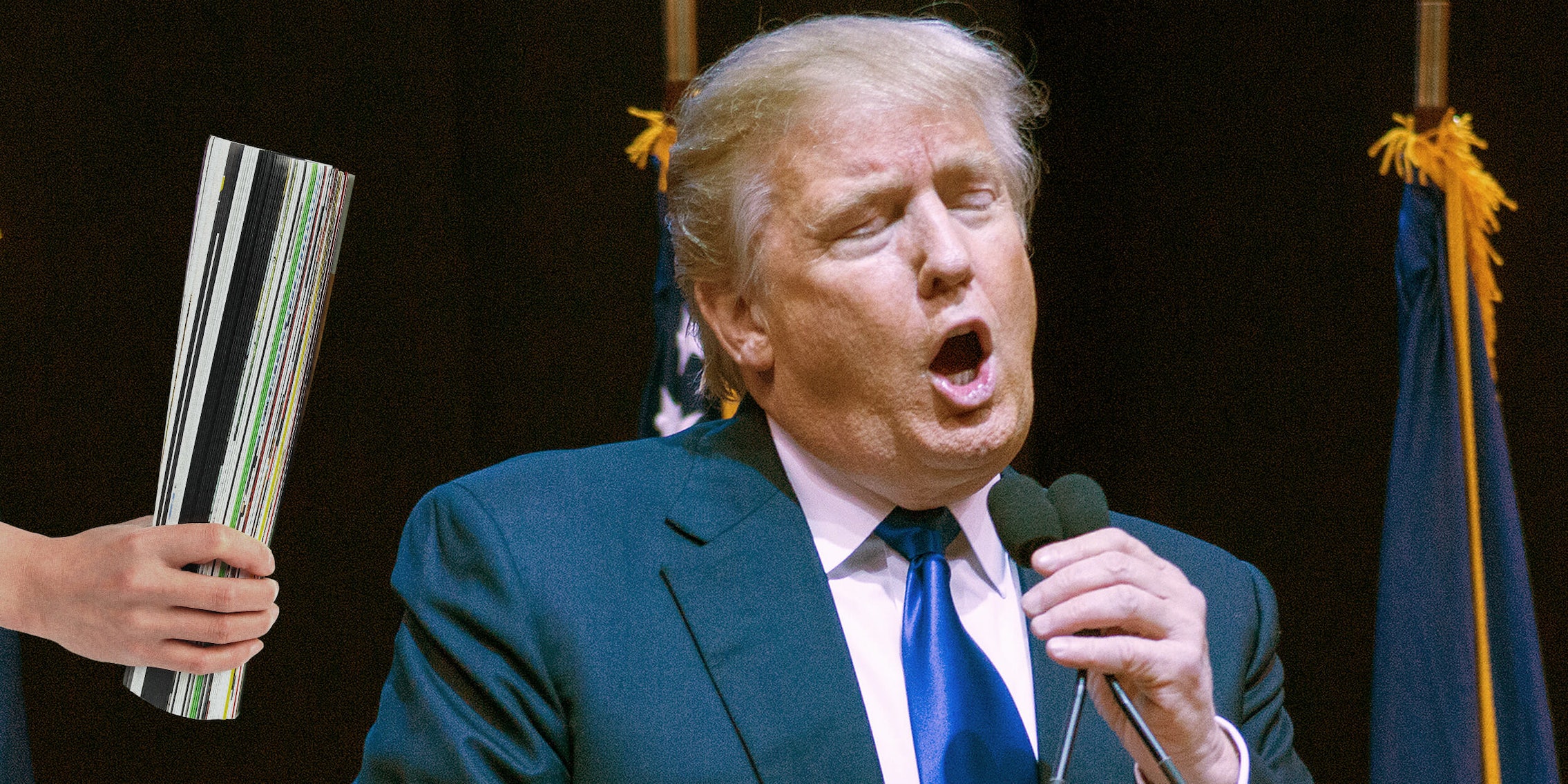 The Stormy Daniels magazine spanking story has a new twist

There has been a lot of speculation about which magazine now-President Donald Trump allegedly had Stormy Daniels spank him with more than a decade ago.

At first, the prevailing theory was that it may have been a copy of Forbes magazine from 2006 that had a picture of himself and possibly his children Ivanka Trump and Donald Trump Jr. on the cover.

But the Daily Beast, digging through old copies of Forbes, discovered that the magazine Trump was allegedly spanked with couldn’t have been that one because the spanking allegedly occurred in July 2006.

Instead, the news outlet says, the magazine could have been the premiere issue of Trump Magazine.

Daniels spoke about the spanking rumors during her interview with 60 Minutes earlier this week.

“And so I was like, ‘Does this—does this normally work for you?’ And he looked very taken back, like, he didn’t really understand what I was saying. Like, I was, ‘does, just, you know, talking about yourself normally work?’ And I was like, ‘Someone should take that magazine and spank you with it.’ And I’ll never forget the look on his face.”

“Just, I don’t think anyone’s ever spoken to him like that, especially, you know, a young woman who looked like me. And I said, you know, ‘Give me that,’ and I just remember him going, ‘You wouldn’t.’ ‘Hand it over.’ And—so he did, and I was like, ‘turn around, drop ’em,'” she said, adding: “So he turned around and pulled his pants down a little—you know had underwear on and stuff and I just gave him a couple swats.”

The Daily Beast reports the Trump Magazine released at the time had the now-president on the cover with the words “ON TOP OF THE WORLD” written on it.

You can read more about the possible magazine used during the alleged spanking here.