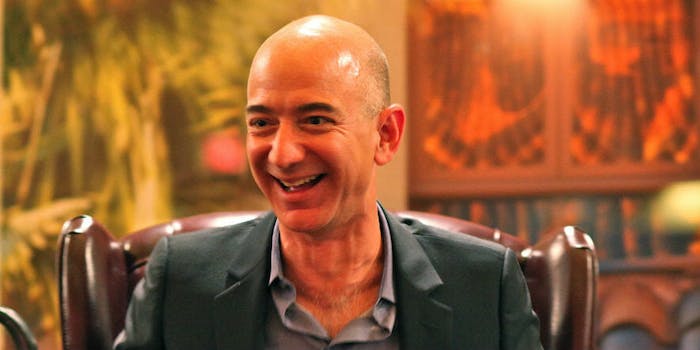 The driver worked for an independent delivery company.

A puppy was stolen from its rightful owner by a driver delivering Amazon packages, and CEO Jeff Bezos stepped in to help make things right.

After five days of searching for the 11-month-old puppy, Amazon searched the GPS logs of its van and determined the driver had returned home before making their next stop. That’s where the puppy is believed to have been found and returned to its owner.

The driver, who was working for an independent delivery service (not Amazon), will no longer be allowed to deliver Amazon packages.

“This is inexcusable and does not reflect the high standards we have for our delivery partners,” an Amazon spokesperson said in a statement. “We take these matters seriously and this individual is no longer delivering Amazon packages for the independent delivery service provider.”

Amazon has a lot riding on the trust of its customers. In fact, Peter Larsen, the company’s vice president of delivery technology called Amazon’s new in-home delivery service a “core part of the Amazon shopping experience from this point forward.” If problems like this continue to crop up, it could threaten the company’s efforts to offer more convenient delivery methods. In this case, the courier worked for a third-party firm, but any misconduct from an Amazon-employed delivery driver could seriously harm its reputation.

“I just want people to know this can happen,” Guttfield told the Sun. “Our homes are all exposed to these drivers and the vast majority of them are great. But low lives will take advantage.”