The first secure online purchase wasn’t pizza or pot, but it totally rocked

An evolution in online shopping.

Cyber Monday is one of the biggest online shopping days of the year, but do you even know what was bought in the first secure online purchase ever made?

In August 1994, a man named Phil Brandenberger made the first-ever encrypted purchase using the Internet. He bought Sting’s album “Ten Summoners’ Tales.” It cost $12.48, plus shipping and handling, in what could only be described as a brand new era of commerce.

Customers spent over $2.6 billion dollars online last Cyber Monday, and this year spending is expected to reach $3 billion. In 2015 we can buy anything we want online in just a few taps and get it delivered the next day, but as you can imagine, back in the early 1990s—when AOL was synonymous with the Web and that tinny dial-tone rang in our ear drums—paying for something in an online transaction was quite a foreign experience.

Many people attribute the first transaction to Pizza Hut, a rumor the company itself spreads. While the pizza maker was one of the earliest companies to begin accepting online orders, a small New Hampshire startup called Net Market Company beat Pizza Hut to the punch.

This online retail history is explained in a video by e-commerce startup Shopify.

Net Market required anyone wanting to make a purchase, like buying a popular rock CD, to use Unix software, and Mosaic, a very early Web browser. Transactions used PGP, or Pretty Good Privacy, a type of encryption still used today.

The day after Brandenberger made Internet history, the New York Times published a piece on the technology most consumers and retailers had never heard of, or even thought to consider an option. In it, the Times describes how the startup was the first to successfully sell things while protecting the buyer’s information. The Times extensively detailed the privacy and security involved in making a sale, presumably to assuage skeptical readers about the safety of buying things online with their credit cards.

“Even if the N.S.A. was listening in, they couldn’t get his credit card number,” Daniel Kohn, the CEO of Net Market, told the paper.

Reading the piece today feels almost quaint, in much the same way as watching NBC anchors Katie Couric and Bryant Gumbel try and describe that new fangled thing called the Internet back in 1994. My, how far we’ve come.

Net Market wasn’t the first group to try and facilitate online shopping, Shopify explains. A cross-country weed deal between students at MIT and Stanford sometime between 1971-72 happened on ARPANET, an early Internet network built to let universities communicate. The drug-dealing students used technology similar to text message to score some marijuana, though no actual payment information was exchanged.

In May 1984 Jane Snowball, a 72-year-old grandmother, ordered groceries using Videotex, technology that used television and phone lines to display interactive data on your TV screen to enable online shopping. She contacted her local Tesco market, and was hand-delivered her groceries, which she paid for in cash. Snowball was part of a UK-based initiative called the Gateshead Shopping Experiment, a community program meant to help seniors with limited mobility become more independent through the use of technology. 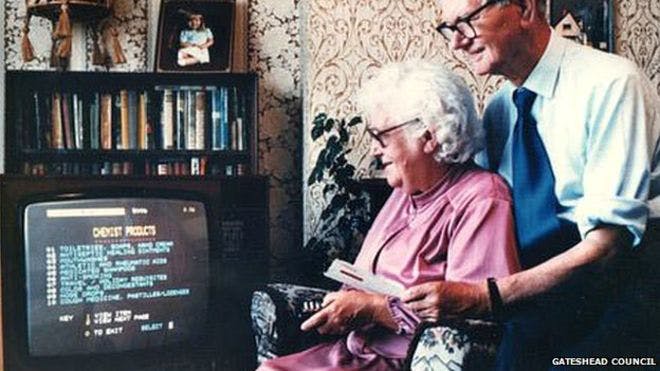 E-commerce has come a long way since Brandenberger bought a Sting CD. And despite the evolution of payments, we still must be vigilant about where, how, and to whom we give up our credit card data.

On Cyber Monday, when we’re all pumping out payments to snag great deals on holiday presents for ourselves and loved ones, remember it was a simple compact audio disk that started it all, and the standardized encryption that came with it.