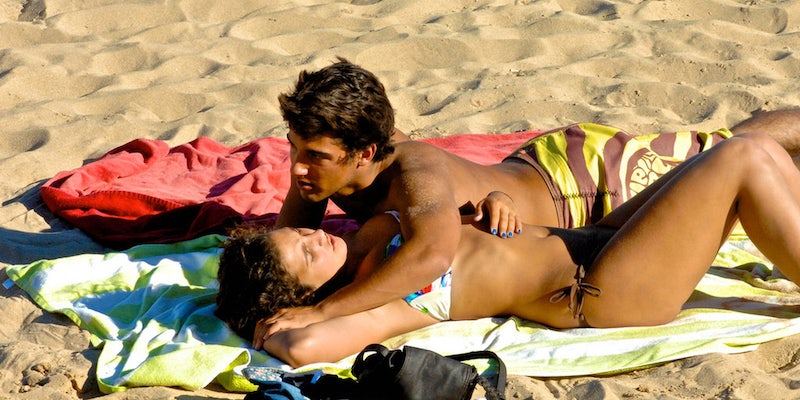 Healthvana wants to give you an easy way to access your sexual health records.

It’s never easy to have the “when was the last time you were tested?” conversation with a new partner. But soon, we might not have to have it at all, thanks to a new app that lets you send your partner your STD test results on your smartphone.

Launched by the California health company Healthvana, the app allows testing laboratories to send your results directly to your smartphone, so you can show them to a prospective partner as proof of your last STI test. The free app also lets you send your medical records to new doctors or send them digitally to partners who also download the app.

It’s “no different if you went to the doctor and got a printout and showed [your partner] that,” Healthvana founder Ramin Bastani told ABC News. “It’s a digital version of, ‘I’ll show you mine if you show me yours.’”

Of course, even if you get tested regularly, you usually don’t get access to your laboratory results, as most people hear from their doctors only if something comes up during testing. What Healthvana wants to do is “eradicate that idea that no news is good news,” Bastani told ABC News—in short, that everyone should have access to their medical records, whether or not they actually have any STIs.

Healthvana isn’t the only startup to use technology to help improve your sexual health. There’s also Hula (also founded by Bastani), an app that directs you to the nearest testing centers and lets you send your partner your results via smartphone, as well as First Derm, an app that lets your dermatologist diagnose your below-the-belt bumps, warts, or rashes remotely via a Snapchat-esque photo-sharing service.

That’s not to say that everyone thinks the app is a good idea. Some harbor privacy concerns that sensitive information could be leaked if the app were hacked. Art Caplan, the head of the medical ethics department at New York University, says he’s concerned that people will use Healthvana as an excuse not to use protection with a new partner. After all, it’s certainly possible to contract STIs between tests, and “you don’t want something like this to make people feel like they don’t have anything to be worried about,” he says.

Privacy concerns aside, however, anything that helps us have more accountability for our sexual health and that of our partner is certainly a good thing, and the Healthvana app seems like it falls squarely in that category. So long as people don’t start using their test results as a get-out-of-wearing-a-condom-free card, it can never hurt to have more information about your and your loved one’s statuses.