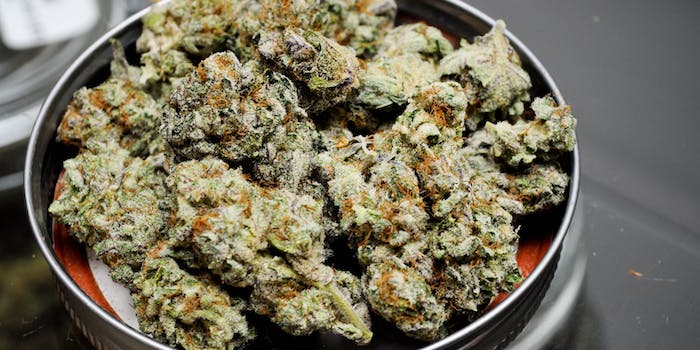 Here's exactly how we get stoned.

With no forward momentum at the federal level, marijuana legalization has become a states’ rights issue—which makes things very confusing. Where can you buy weed without a prescription? Where is possession at least decriminalized? Dude, where’s my car?

Fret not, fair stoners: Leafly, “the world’s largest cannabis information community,” often thought of as the Yelp or Wikipedia of pot, just unveiled a shiny new reference tool to help you keep everything straight. Their “State of the Leaf” interactive map “will be one of the most comprehensive and up-to-date information resources for people looking for data about cannabis laws, regulations, pending legislation, trends, economics, and consumption patterns across the United States,” according to an email tip from Jessica Lenderts, who reps Leafly through PR firm C+C. Lenderts says the map will be updated weekly “at minimum.”

So go on, give that bong a rest and educate yourself.

Not looking so liberal now, are you, New York? That said, we can expect to see this map turn greener over time. And it looks like vaporizers are here to stay. Also, not sure how people smoking Granddaddy Purple have the energy to input their data, but more power to them!