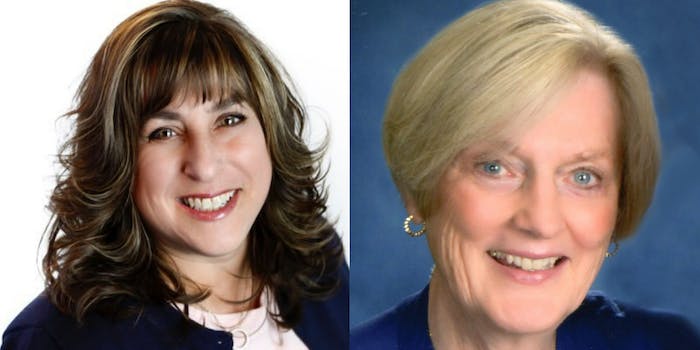 Democrats are hoping the swings at the local level are a sign of what's to come in national races ahead of the 2018 elections.

In New York, Christine Pellegrino defeated a RepublicanThomas Gargiulo by a 58-to-42 percent margin to represent the state’s 9th district, according to Newsday. Trump won the 9th district with 60 percent of the vote during the 2016 election.

“Bold populism that puts working families’ issues front and center. This is how we win in Trump country,” Bill Lipton, state director of the Working Families Party in New York, told Newsday. “This is the lesson for Democrats around the country.”

Pellegrino served as a delegate for Sen. Bernie Sanders (I-Vt.) during the Democratic National Convention. She is the first Democrat to be elected to hold the 9th district’s assembly seat, according to the newspaper.

Meanwhile, in New Hampshire, Edith DesMarais defeated Republican challenger Matthew Plache in a district that voted for Trump during the election. DeMarais won the district by an 811-755 vote total, according to WMUR9.

DeMarais will join a Republican-held state House of Representatives.

Democrats are hoping the state elections are harbingers of what is to come on a national level.

In Montana, Democrat Rob Quist is running against Republican Greg Gianforte in a special election on Thursday for the state’s at-large House of Representatives seat.

The much-discussed special election in Georgia seems to be tilting in favor of  Democrat Jon Ossoff, who has a seven-point lead against Republican Karen Handel, as they duke it out to represent the state’s 6th Congressional District. The runoff election will take place on June 12.

The groundswell of support comes at a time when Trump’s approval rating is at record lows and House Democrats are raising tons of money ahead of the 2018 midterm elections.

A recent report found that the Democratic Congressional Campaign Committee has raised over $20 million in online contributions so far in 2017, beating the $19.7 million raised in all of 2015.