Stacey Dash should probably not be in Congress.

On Monday, former Clueless star and currently clueless conservative commentator Stacey Dash announced a congressional run. According to paperwork filed with the Federal Election Commission, Dash will run as a Republican in the heavily Democratic 44th District in the southern suburbs of Los Angeles.

With her acting career in the rearview, Dash has fashioned herself as a conservative commentator and has made frequent appearances on Fox News in recent years. Just like when Cher took her car on the freeway by accident, Dash is setting herself up for a world of pain. Given the voting habits of this particular district—Democrats regularly win over 80 percent of the vote—it is hard to see this as anything but the next in a long line of political publicity stunts from Dash.

Her history as a political pundit is colorful, to say the least, and this should add another great entry into her strange career. If her past is any indication, this congressional bid is less about winning than it is about the very public conversation Dash will once again generate.

Paula Deen infamously got herself into hot water in 2013 when she admitted in a deposition to using the “n-word.” But Deen did have at least one prominent celebrity defender: Stacey Dash. Dash tweetd encouragement to Deen, saying “only God can judge your heart.”

Prior to the 2014 congressional elections, Stacey Dash criticized black voters in Louisiana for voting overwhelmingly for Democratic candidates. She said, “[Black voters] have a plantation mentality. As long as they give you this much money, you’ll stay right there. You don’t need to know too much because if you do, you might start thinking for yourself.”

The segment, which took place on Hannity, drew on age-old stereotypes about low-income black voters and was roundly denounced in various media outlets at the time.

Antebellum race baiting is a key part of Dash’s playbook. She would go on to refer to Jesse Williams as a “plantation slave” following his impassioned speech at the BET Awards two years later.

Setting aside the fact that we don’t know if any welfare program that tells you what you can wear and that Republicans are far more likely than Democrats to tell those receiving government assistance what they can eat, going after kids is not a good look.

Dash always seems to find a way to outdo herself. If you thought going after kids was bad, what about rape victims?

Not only does Dash have controversial opinions on race, she also likes to hold forth on gender and sex. Specifically, she has the same views on sexual assault as an aging country club owner. And she shared them with her largely conservative female panel on the Fox show Outnumbered:

“The other bad girls—bad women—are the ones who like to be naughty, might go out and play and get hurt and then, you know… But the other thing about this is that it then blames the alcohol instead of the person who over-drinks. So it’s like, the same thing with guns. Guns don’t kill people; people kill people. Alcohol doesn’t get you drunk; you get yourself drunk.” 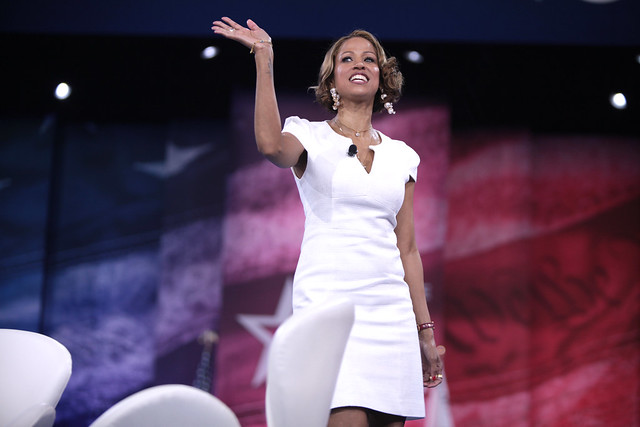 During an appearance on the Meredith Vieira Show, Dash discussed the gender pay gap, which she believes doesn’t actually exist. Even after Vieria pushed back with facts and figures, Dash doubled down, saying, “I don’t know if that’s true.”

It seems that Dash doesn’t really care about what’s “true” or “documented.” She very rarely lets things like facts get in the way of her claims.

Just look at her comments on divorce.

“I think that’s why divorce rates are so high. Women don’t know how to take care of their men anymore.” Dash told her Fox News audience. Several outlets were quick to point out that Dash herself has been divorced three times.

Her words led to a discussion of the importance of offering your man a beer when he gets out of the shower. Finally, the only male on the panel chimed in with “C’mon everybody likes a sandwich.”

It seemed for a while there that Dash could say anything she wanted on Fox News. Well, almost anything…

Yes, believe it or not, Dash’s comments have even, at times, been too wild for Fox News. In December of 2015, she was suspended from the network for crude comments she made about then-President Obama. While appearing again on Outnumbered, Dash said that President Obama doesn’t “give a shit about terrorism.”

Given how many drone strokes the former POTUS launched while in office, it’s hard to imagine what it would take for Dash to think he cared about terrorism. Whatever the number might be, it is a good argument for keeping her far away from public office. 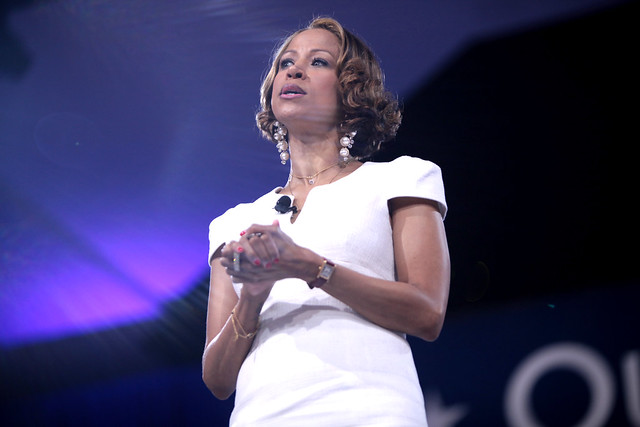 When she appeared on Fox and Friends in early 2016, Dash advocated for the elimination of both the television network BET and Black History Month. On the conservative morning show, she said:

“Either we want to have segregation or integration. And if we don’t want segregation, then we need to get rid of channels like BET and BET Awards and the Image Awards, where you’re only awarded if you’re black. If it were the other way around, we would be up in arms. It’s a double standard.”

BET was quick to fire back, pointing out on their official Instagram account that she had been a series regular on one of their shows from 2009-2011.

#Repost @stephengranthill ・・・ Aww dang. I loved you in "Clueless". I had no idea that you actually were.

In general, Dash’s support of President Donald Trump feels misguided, but one particular blog post got the internet talking. Early in 2016, Dash wrote an essay supporting Trump in which she argued that he isn’t violent, but “street” since he’s from Queens. She continued, “I’m not saying that Donald Trump grew up slamming people’s heads into walls. But there is something about growing up in New York, a certain toughness instilled, a certain level of “street’ that can’t be ignored.”

While Dash herself endured a hardscrabble childhood, it’s hard to argue that Donald Trump’s childhood as the child of a wealthy real estate developer was “street,” unless you’re referring to the streets his family wouldn’t let Black people live on.

Dash said a number of controversial things while promoting her book, There Goes My Social Life: From Clueless to Conservative. During an appearance on ET, she made several terrible statements about transgender people. First, she said, “Why do I have to suffer because you can’t decide what you want to be that day?” After she got some pushback from the interviewer she added, “Go[pee] in the bushes. I don’t know what to tell you.”

At this point, it’s difficult to find a group of people that Dash hasn’t taken shots at, except you know, old white men. With aging Boomers as her only constituency, her future as a Fox News pundit looks a lot better than her future as an elected official.

But then again, she has “Real” in her Twitter handle, so who knows.