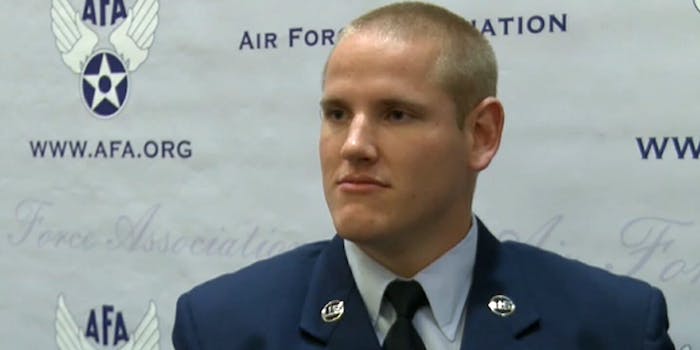 Spencer Stone's is in stable condition after being stabbed multiple times.

One of the U.S. service members who helped stop an alleged terrorist attack on a French train this summer was stabbed multiple times late Wednesday, according to police.

Airman First Class Spencer Stone was reportedly stabbed multiple times in the torso after a fight broke out near midnight in Sacramento. He is currently in stable condition.

Update: The assault incident is not related to a terrorist act. Assault occurred near a bar, alcohol is believed to be a factor.

Local news reports that Stone may have been protecting a friend when he was assaulted. Alcohol is believed to be a factor, investigators said.

“A1C Spencer Stone has been transported to a local hospital, and is currently being treated for injury,” Air Force spokesman Lt. Col. Christopher Karns told the Air Force Times. “The incident is currently under investigation by local law enforcement. He is currently in stable condition.” 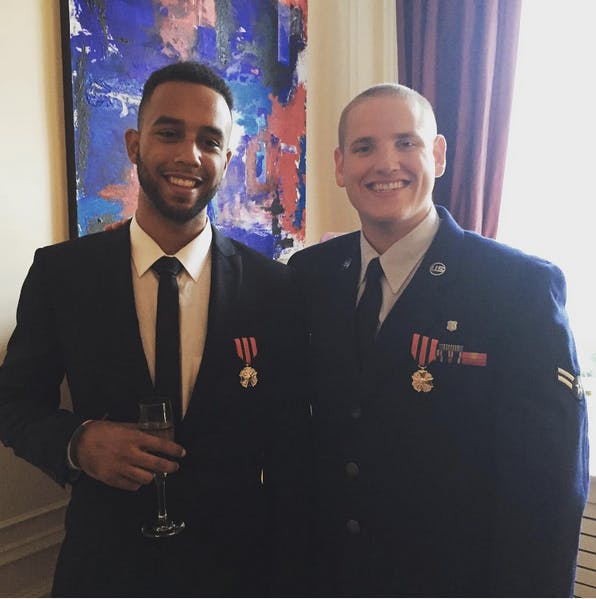 Spencer Stone (right) after receiving an award from the Belgian prime minister.

After helping overpower a gunman on a train speeding through Belgium in August, Stone returned home to a hero’s welcome. He was slashed several times during the incident by the shooter, who was armed with an AK-47, a Luger pistol, and a boxcutter.

Authorities also found nine clips of ammunition on the attacker, indicating he was prepared to carry out a massacre.

Stone, a martial arts enthusiast, was the first to jump on the shooter and the only one of the three American service members injured during the attack. According to Alek Skarlatos, a National Guard specialist who was also on the train, an unarmed Stone charged straight toward the shooter, who was visibly-armed and over 30 feet away.

Update 1:03pm CT, Oct. 8: At a press briefing Thursday afternoon, a Sacramento Police Department spokesman described the stabbing as the result of a dispute that turned into a physical altercation on the street after Stone and his group left a bar. The dispute involved at least two groups of people. There is no indication that the person who stabbed Stone was aware of his celebrity status.

“At this point, we have no reason to believe Mr. Stone is in any kind of trouble,” the spokesperson added.

Police are currently looking for two suspects, whom authorities described as “Asian males.”