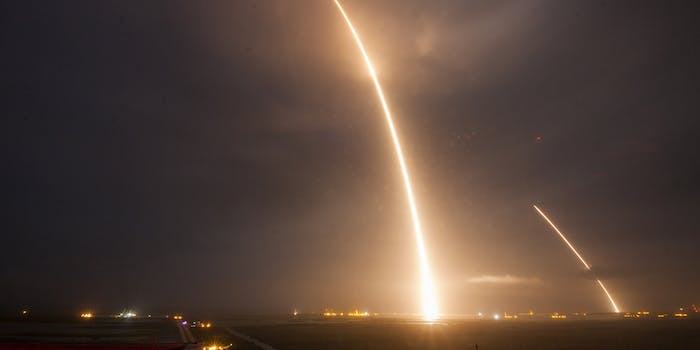 The rocket deployed 11 ORBCOMM satellites into space and returned to Earth with a smooth touchdown at Cape Canaveral, Florida. The historic launch and landing is the first time a rocket has deployed a payload into orbit and returned without incident.

There and back again pic.twitter.com/Ll7wg2hL1G

Reusable rockets could be a boon to the emerging space-travel industry, saving manufacturers significant time and money.

“I think this is a critical step along the way towards being able to establish a city on Mars,” SpaceX CEO Elon Musk told reporters on Monday night.

The Falcon 9’s launch and landing this week marked Space X’s fourth attempt to complete the job. In June, it suffered a setback when a Falcon 9 rocket disintegrated during its third attempt.

The successful landing took place in the ocean on an autonomous drone ship, dubbed Just Read The Instructions, that SpaceX built for the occasion.

The full video of the launch and the first stage landing are available to view on YouTube.