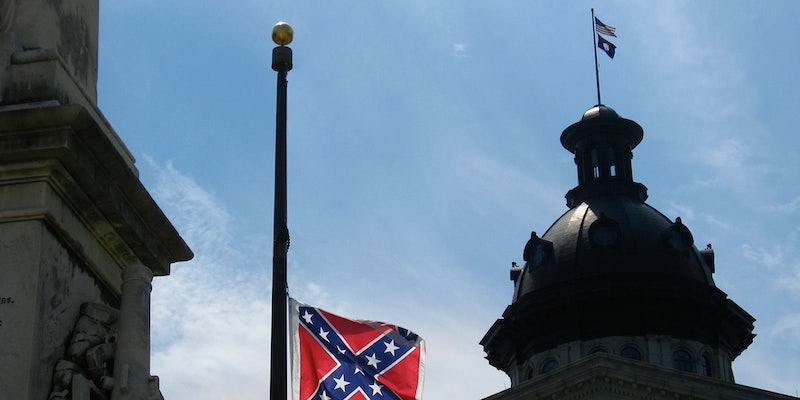 The vote sets up another vote and then an almost-certain signature by the governor.

The South Carolina State Senate voted 37-3 Monday to remove the Confederate flag that has flown near the statehouse in Columbia for more than half a century.

If the bill to remove the flag passes the state House, it will go to Gov. Nikki Haley (R), who has voiced her support for the measure.

The display of the chief emblem of American racism in the state that sparked the Civil War gained new attention after a racially motivated shooting that left nine worshippers dead at a historic African American church in Charleston, South Carolina.

Major corporations and local officials have denounced the flag as a symbol of hatred and bigotry. Amazon, Walmart, eBay, and Etsy stopped selling Confederate-flag-related merchandise, and Alabama removed the flag from its state capital.

Last week, activist Bree Newsome climbed the flagpole in Columbia and removed the flag, only to be arrested moments later. The flag, which is chained to the pole by order of the state legislature, was then replaced.

Photo via Eyeliam/Flickr (CC BY 2.0) | Remix by Jason Reed