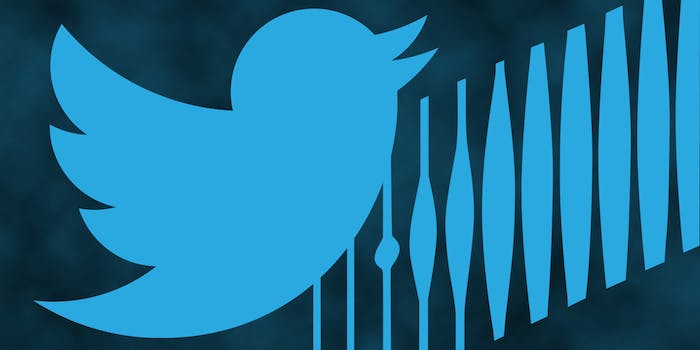 Sony threatens to sue Twitter over screenshots of leaked emails

In the aftermath of the massive cyberattack on Sony Pictures Entertainment, terabytes of emails and other documents leaked into the world. Sony responded to news articles about certain emails by threatening the journalists who wrote the reports, and now it’s turning its attention to Twitter, where screenshots of many emails have found a home.

In an email obtained by Motherboard, Sony lawyer David Boies, the same outside counsel who threatened to prosecute journalists for doing their jobs, told Twitter that Sony would “hold Twitter responsible for any damage or loss arising from” the continued distribution of emails in tweeted images.

“SPE does not consent to Twitter’s or any Twitter account holder’s possession, review, copying, dissemination, publication, uploading, downloading, or making any use of the Stolen Information,” Boies wrote to Twitter.

The letter referred specifically to one Twitter user, Val Broeksmit (@bikinirobotarmy), who has been distributing the contents of Sony emails through screenshots. Sony demanded that Twitter “promptly suspend the Account Holder’s Twitter account” and do the same to all other accounts found to be sharing the leaked emails.

In addition, Sony wants Twitter to “arrange for and supervise the destruction of all copies of the Stolen Information in your possession or under your control.”

Twitter confirmed to Motherboard that the letter, which Boies sent to Twitter general counsel Vijaya Gadde, was genuine. The company did not say whether it planned to comply with Sony’s demand. Twitter’s terms of service prohibit “posting another person’s private information,” but not linking to sites that posting such information.