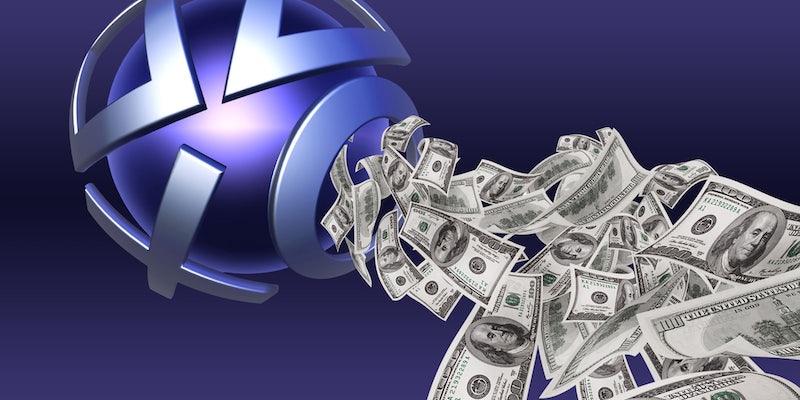 It only took three years!

More than three years after a devastating breach of Sony’s PlayStation Network that left millions of users’ financial and personal data exposed, the company is finally paying some court-ordered retribution.

The U.S. District Court for Southern California has approved a settlement in which Sony must pay the equivalent of $15 million dollars in damages to users for failing to properly protect their sensitive data. But users won’t just receive cash (though some will get a chunk of that too). Instead, they’ll receive their payback in the form of free PS3 and PSP games, themes,  and PlayStation Plus subscriptions.

The now-infamous PSN hack first occurred on April 17, 2011. Sony took down the network entirely on April 20 of that year, and it remained offline for 24 days. The breach exposed the personal data of an estimated 77 million people, according to Sony.

Once the PSN was back online, Sony offered the Welcome Back Program to users. It was a mending tool to give users something for their inconvenience during the down time. Users who took advantage received free games.

As part of the new settlement, PSN users who opted into the Welcome Back Program are eligible for either one free PS3 game, one free PSP game, or three months of PlayStation Plus. Those who did not opt in can choose from two of the three options.

The settlement requires Sony to give away $4 million worth of free games to users who took advantage of the Welcome Back Program. Once the $4 million in games has been claimed, the remaining Welcome-Back users will receive a month of PlayStation Plus.

Another $6 million in free games has been allotted for users who did not take part in the Welcome Back Program. Again, once six million dollars in games have been claimed, those still seeking compensation will be given a free month of PlayStation Plus.

Sony Online Entertainment users will be allotted a $4 million cap for “station cash.” That equates to $4.50 per person. If more than $4 million in claims are made, the total amount each user receives will be reduced to accomodate all claimants.

Finally, users who can prove they suffered financial loss as a result of identity theft from the 2011 PSN hack can make claims with Sony for up to $2,500 in cash (not just free games or subscriptions).

In addition to the $15 million set aside for users, Sony must also pay $2.75 million in attorney fees, bring its total potential burden to $17.75 million.

On May 1, 2015, a judge will assess the claims and make a final decision on whether the outcome is fair to all parties.

Back in 2011, Sony made it against its policy for users to sue the company for any wrongdoings. This was backed up in 2012 by a California district judge, who found that the company was not required to have “perfect security.”