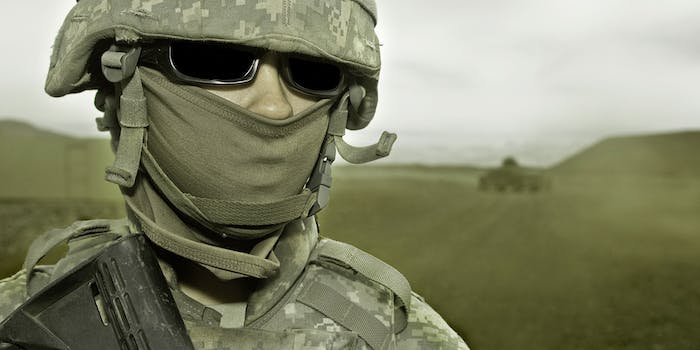 It's not clear exactly how the American command plans to enter the social media fray.

Guns and bombs are one thing. A real 21st century military wants to be able to fight effectively on social media as well.

“How do we step up our game in social media influence [and] understanding public sentiment?” Davis asked on Wednesday at the Special Operations Forces Industry Conference.

“There’s been a lot of press about how successful … ISIS has been in recruiting and other things and how limited the government’s capability is to counteract those,” he said. “We’re also trying to increase the [Special Forces] ability to understand our environment and interacting with those social media tools as successfully as we can.”

Even today, the world’s fiercest battles are playing out almost live on Facebook, YouTube, Twitter, Reddit, and a host of other platforms. Just going online, you can keep up with the American-backed invasion of Fallujah and track the devastation of the Ukrainian crisis.

It’s not clear exactly how the American command plans to enter the social media fray—SOCOM did not respond to our request for comment in time for publication—but they won’t be the first to do so.

SOCOM itself—by definition more of a niche operator—wouldn’t operate on such a broad scale.

Still, the existing precedents for social media warfare raise immediate questions about such propaganda’s compatibility with the U.S.’s democratic values.