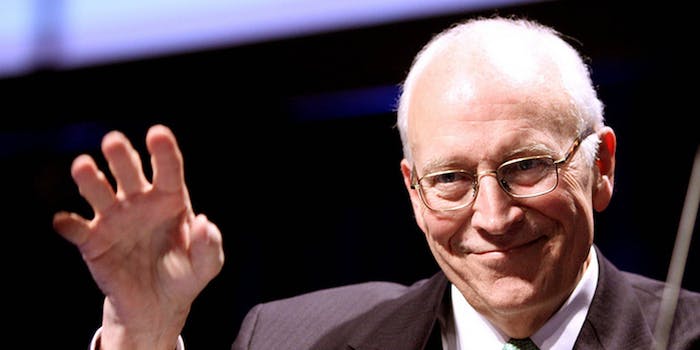 Could PRISM really have prevented 9/11?

Former Vice President Dick Cheney declared in an interview Sunday that Edward Snowden, the 29-year-old former CIA analyst who leaked documents exposing an aggressive and, many argue, unconstitutional digital spying operation orchestrated by the National Security Agency, is a traitor.

“I think he has committed crimes in effect by violating agreements given the position he had,” Cheney told Fox News Sunday. “I think it’s one of the worst occasions in my memory of somebody with access to classified information doing enormous damage to the national security interests of the United States.”

Snowden’s decision to flee to Hong Kong, an autonomous territory of China, hasn’t helped endear him to Cheney, either. He thinks Snowden might be a Chinese spy. If true, Snowden surely hasn’t endeared himself to his presumed Chinese masters, as he’s already gone public with much of his information, creating an avalanche of international media attention.

“I’m suspicious because he went to China. That’s not a place where you would ordinarily want to go if you are interested in freedom, liberty, and so forth,” Cheney said, ignoring the fact that Hong Kong is distinct from mainland China, and has both regular elections and a strong tradition of free speech. “It raises questions whether or not he had that kind of connection before he did this.”

NSA spokespeople have claimed the controversial programs have prevented 20 acts of terror across the world since they were first implemented (of course, you’ll have to trust them—the agency refused to provide any details on the operations). Cheney, unsurprisingly, sees the program through the prism of 9/11, the terrorist act that largely defined the eight years he spent in office under George W. Bush.

If the program had existed in 2001, Cheney said, 9/11 could have been prevented.

Of course, the constitution was not written to prevent acts of terror on the United States. It was written to define and delineate the roles of government, to limit its reach and empower American citizens. There are a great many things that could have prevented 9/11 that would also violate the Constitution and Americans’ civil liberties. Hypothetically preventing a 12-year-old terrorist attack surely cannot be the justification for every constitutionally dubious new spying program dreamed up by government agencies.