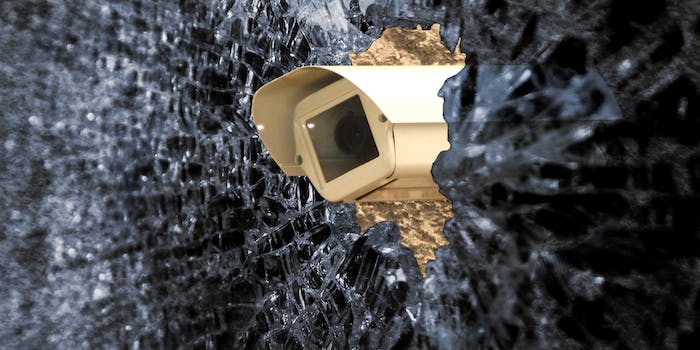 Agents at a British spy agency called the Joint Threat Research and Intelligence Group didn’t just monitor and disrupt what they perceived to be threats from journalists, diplomats, suspected criminals, and members of the hacktivist collective Anonymous. They allegedly went on the offensive.

According to a new report from NBC News in conjunction with former correspondent Glenn Greenwald, documents leaked by former National Security Agency contractor Edward Snowden detail methods that some are calling “dirty tricks” used by British spies to “destroy, deny, degrade [and] disrupt” so-called enemies by smearing them, deceiving them, and ultimately closing down their means of communication.

The documents are reportedly from classified presentations intended for top-secret cyber spy conferences in 2010 and 2012.

They include slides listing how to stop someone from communicating by bombarding his or her phone with text messages or phone calls, or deleting the person’s online presence altogether.

“Very annoying!!” the slide notes, indicating such tactics were used against targets in Afghanistan.

Another slide discusses so-called “honey-traps,” which involve luring a target into a face-to-face meeting under the auspices of a romantic encounter.

“A great option,” the slide states. “Very successful when it works.”

The presentations go on to list other tricks, including changing a target’s social media photos (“Can take ‘paranoia’ to a whole new level”) and creating deceptive blog posts and emails while impersonating the target.

Britian’s Government Communications Headquarters (GCHQ) maintains that the actions of JTRIG were all above board. It issued a statement earlier this week saying, “All of GCHQ’s work is carried out in accordance with a strict legal and policy framework, which ensure[s] that our activities are authorized, necessary and proportionate, and that there is rigorous oversight, including from the Secretary of State, the Interception and Intelligence Services Commissioners and the Parliamentary Intelligence and Security Committee. All of our operational processes rigorously support this position.”

But Eric King, a lawyer, professor of law at the London School of Economics, and head of research at British civil liberties group Privacy International, disagrees. He told NBC News, “GCHQ has no clear authority to send a virus or conduct cyber attacks.”