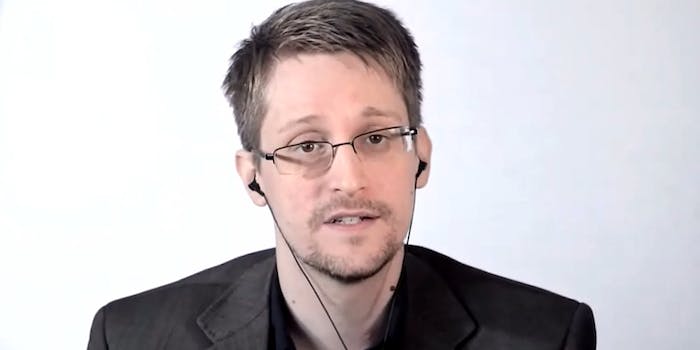 In an open letter published Monday, Snowden and more than 60 organizations including Amnesty International, the Electronic Frontier Foundation, and Human Rights Watch, called on the tech giant to cease its work on the secretive “Dragonfly” project.

“Facilitating Chinese authorities’ access to personal data, as described in media reports, would be particularly reckless,” the letter states. “If such features were launched, there is a real risk that Google would directly assist the Chinese government in arresting or imprisoning people simply for expressing their views online, making the company complicit in human rights violations.”

First revealed last August by the Intercept, the search app, made in an attempt by Google to re-enter the Chinese market, would not only surveil users but blacklist results for search queries such as “student protest” and “Nobel Prize” at the behest of Beijing.

“New details leaked to the media strongly suggest that if Google launches such a product it would facilitate repressive state censorship, surveillance, and other violations affecting nearly a billion people in China,” the letter adds.

Describing the project as “reckless,” the letter also warns that deploying Dragonfly would likely “set a terrible precedent for human rights and press freedoms worldwide.”

Google CEO Sundar Pichai, who was confronted about Dragonfly during testimony in front of the House Judiciary Committee Monday, has repeatedly alleged that there are no plans “right now” to launch the project.

A leaked meeting transcript from July, however, revealed Google’s search chief Ben Gomes had said the company intended to launch Dragonfly somewhere between January and April of 2019.