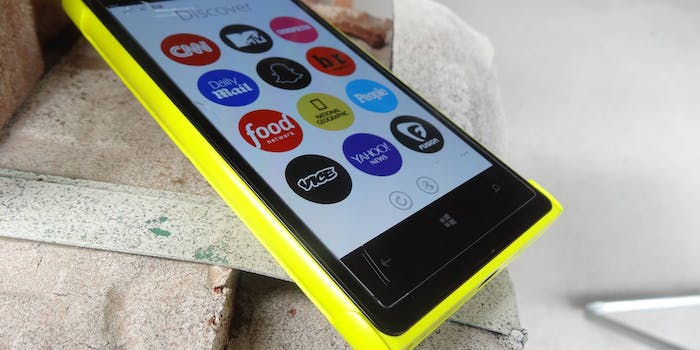 It was for his app 6discover, which is a third-party client for Snapchat’s Discover feature. It allows users to view editorial content from various publications that Snapchat pools together. To be clear, 6discover isn’t for Snapchat’s primary function of sending self-destructible pictures to friends.

The letter, found below, says Huyn violated state and federal law by reproducing “Discover” content. But wait a minute, isn’t the content on Discover the same content found on CNN, Daily Mail, ESPN, and Food Network?

So, Snapchat got mad at Huyn for making an app that accesses content from other media services. He essentially made a glorified RSS feed, which is what Discover is.

The letter also alleges that Snapchat holds the rights to the Discover name, and that Huyn violated copyright law with 6discover. Well, there is a “6” in front of it, so it’s not exactly the same.

There is a real business concern for Snapchat as well. 6discover doesn’t send back analytics to Snapchat, therefore the company can’t send that data to its media partners.

Even then, Huyn is totally open to working with Snapchat to give Microsoft users an alternative. It seems like his tweets to CEO Evan Spiegel have fallen on deaf ears.

(2/2) @evanspiegel, we can work together on Analytics to include #windowsphone users to your stats and improve Discover visibility

There are some rather familiar themes to this story. Last year Snapchat had all third-party applications pulled from iOS, Android, and Microsoft stores after thousands of photos were leaked online. There wasn’t an official alternative for Microsoft Phone users, and there still isn’t. This left many Microsoft users frustrated.

If a guy in France can crank out a quality Snapchat and Discover client in a short period of time, so can Snapchat. It’s perplexing as to why the company so staunchly refuses to service a growing Microsoft user base. What does it have to lose?

We’ve reached out to Snapchat for comment, and will update if and when we hear back.