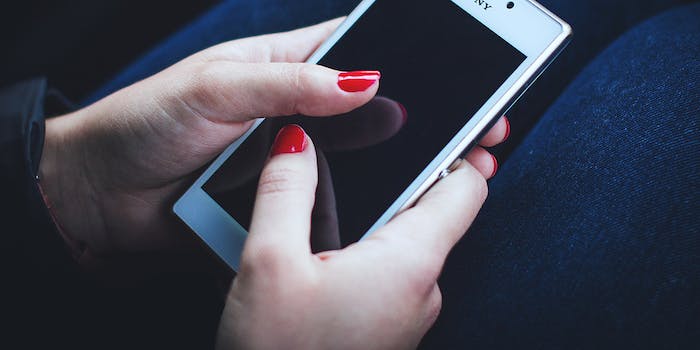 Texting turns 23 years old today, and we have a lot to thank it for

After two decades of texting, it's not going anywhere.

The technology that’s grown up with the millennial generation just turned 23. On Dec. 3, 1992, when Whitney Houston’s ballad “I Will Always Love You” topped the Billboard Hot 100, Neil Papworth sent the world’s first text message.

Papworth was developing the short-messaging-service, or SMS, technology for the IT firm Sema Group in the UK. He sent the first text message to Richard Jarvis, a client from Vodafone. It said: “Merry Christmas.”

Text messaging wouldn’t become a standard way of communicating until years after the initial text, when feature phones that could send and receive messages and data options on phone plans became pervasive. In fact, the first SMS wasn’t even sent from a cell phone—Papworth sent the holiday wishes from a personal computer to an Orbitel 901 phone, which would be considered an ancient brick these days.

Even Papworth couldn’t predict how crucial text messaging would be to modern communication. “No one had any idea how gigantic the texting phenomenon would become,” he said on his website. Individual mobile users in 1995 sent on average just five text messages per year. By 2011, people around the world were sending six billion messages a day.

SMS might be considered a relic of an age before smartphones and messaging apps that use data, when we had to type in T9 and shorten our words to fit the confines of a character count, but texting is still an important way people connect with friends and businesses.

While the messaging app ecosystem is fragmented, the one thing everyone with a mobile device has in common is the ability to receive messages over cell networks.

And though we might rely on mobile apps for messaging, car services, and food delivery, those apps use SMS for things like two-factor authentication and updates from apps like Uber.

The invention of texting inevitably led to teens blowing up phone bills much to parents’ chagrin, and people drunkenly messaging exes with multiple misspellings and regrettable mornings after. But it also laid the groundwork for the world’s most popular social media services, including dinosaurs like AOL Instant Messenger and BlackBerry Messenger.

In 2006, Twitter co-founder Jack Dorsey sent the first-ever tweet. Though the service was built for the Web, it has the same 140-character requirements as traditional SMS. The service still maintains its restrictive character count—and people use SMS to follow users and receive tweets in areas where data is limited or prohibitively expensive.

iMessage, WhatsApp, Kik, and any other service that allows you to message friends with text and photos has its roots in SMS. And messaging remains the most popular feature on smartphones today. According to a 2015 Pew Research study, 100 percent of users ages 18 to 29 use text messaging at least once a week.

Twenty-three years ago, a holiday text message started a communication revolution. And it’s only gotten better with time.