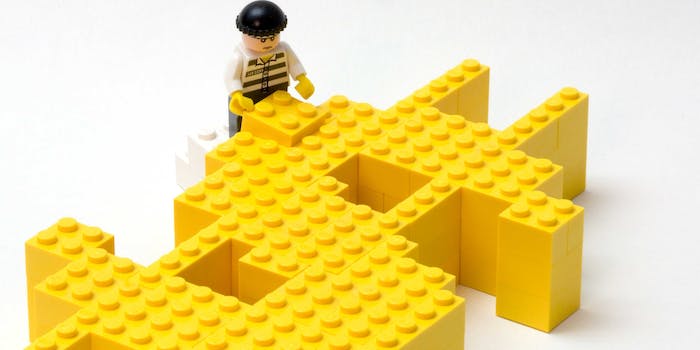 Slur.io wants to be a marketplace for anonymous leakers

This takes leaking to the next level.

Coming soon. "WikiLeaks2.0". You're going to hate it. http://t.co/PAHVQwAKQK

From the outset, Wikileaks was controversial—a website that utilized a basket of sophisticated cryptographic tricks to make it possible for whistleblowers to securely leak sensitive or classified information online.

Now, an anonymous coalition of developers called the u99 Group is working on a site called Slur.io that aims to fix one of the main problems with Wikileaks—namely, that the only people who want to expose dirty government and corporate dealings are those who feel some compulsion to work on behalf of the public good.

Chelsea Manning sent millions of classified military documents and U.S. State Department cables to Wikileaks because the former Army private felt a moral obligation to let the world see what the American military was actually doing. Slur.io raises a question of sorts: What would happen if Manning wasn’t motivated by ethics or a sense of duty? What if Manning only cared about getting paid?

The site is essentially a marketplace where anonymous leakers can link up with anonymous buyers to sell secrets to the highest bidder. Or, alternately, a group of crowdsourcing secret-seekers could pool their resources to make the leak public.

The funds, which are denominated in the virtual currency Bitcoin, would be held in escrow by Slur.io and then run though a cryptocurrency tumbler, making tracing them from buyer to seller difficult, if not impossible.

Who is the target market for this? In short: psychopaths. Slur.io’s website explains:

Its [sic] estimated that 5% of the general population are psychopaths. Introducing financial incentive in an anonymous framework will produce a greater yield of leaked information than from say the ideology that drove patriots like Edward Snowden. For every idealist willing to selflessly sacrifice their freedom, assets and even risk their lives for a greater good, there are 1000 psychopaths willing to anonymously sell out their peers for material gain.

Organizations of every type; governments, corporations and the military are in the unfortunate predicament of having both a great deal of liquid assets and a large number of secrets to protect – accessible by numerous disgruntled or psychopathic personnel. When Slur becomes ubiquitous it will bleed organizations secrets and funds.

It’s not hard to imagine how the buying and selling of this kind of information on the open market could have large-scale societal effects ranging from largely positive to possibly catastrophic.

Slur.io will run on, and be exclusively accessible through, the Tor network. Tor is a system originally developed by the U.S. Navy—now administered by an independent, non-governmental organization—that supposedly makes it impossible to match what a user does online with the IP address that could identify them in the real world.

Tor’s users promote it as the ultimate identity-protection tool. However, earlier this month, Tor Project founder Roger Dingledine warned that an unnamed agency could soon compromise the Tor network, unmasking users who were using the platform to remain anonymous.

For those familiar with the history of the crypto-anarchist movement, there are parts of Slur.io that may sound familiar. The quest to facilitate monetary transactions over unsavory or illegal activities in a way that protects both parties’ identities is one with a long and controversial history.

Bell’s system allowed people to make bets on the exact place and time that a political figure would meet an untimely end. Users of the site would put money into a pool that would be given to the anonymous user who made the correct prediction. Because only the person pulling the trigger could know exactly when the politician would die, the site would effectively function as marketplace for contract killings.

Bell, a radical libertarian who was repeatedly jailed for using fake Social Security numbers and stalking federal agents, argued that Assassination Politics was a way for the public to keep governmental officials in check by taking away the state’s monopoly on the use of force. While Bell’s plan has drawn considerable attention over the years, it has thankfully never been put into practice.

Slur.io isn’t proposing anything as extreme as paying for murder, but the basic idea of using cryptographic technology to encourage targeted lawbreaking as a way to disempower governments and big corporations appears to be coming from a similar place.

Slur.io isn’t active yet. The u99 Group is currently soliciting donations to help launch the project. The team hopes to launch the site in beta by April 2015.

So, was Wikileaks right? Do you hate it?