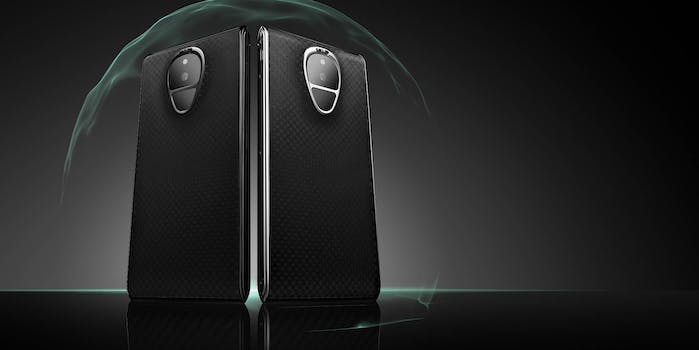 This $17,000 Android smartphone claims to be the ultimate in personal security

With the amount of private information kept on smartphones, it’s worth investing in keeping them secure, but just how much are you willing to pay? Sirin Labs is betting that many will pay a high price for privacy; the company just introduced a secure Android smartphone priced at nearly $17,000.

Launched on Tuesday with celebrity investor Leonardo DiCaprio looking on, Sirin Labs unveiled its Solarin smartphone. Priced at £9,500 or $16,560 depending on your currency of choice, the Solarin really does its best to squeeze as much value as possible into the device, despite sporting a price tag that ensures it will never look worth the cost to the average consumer. 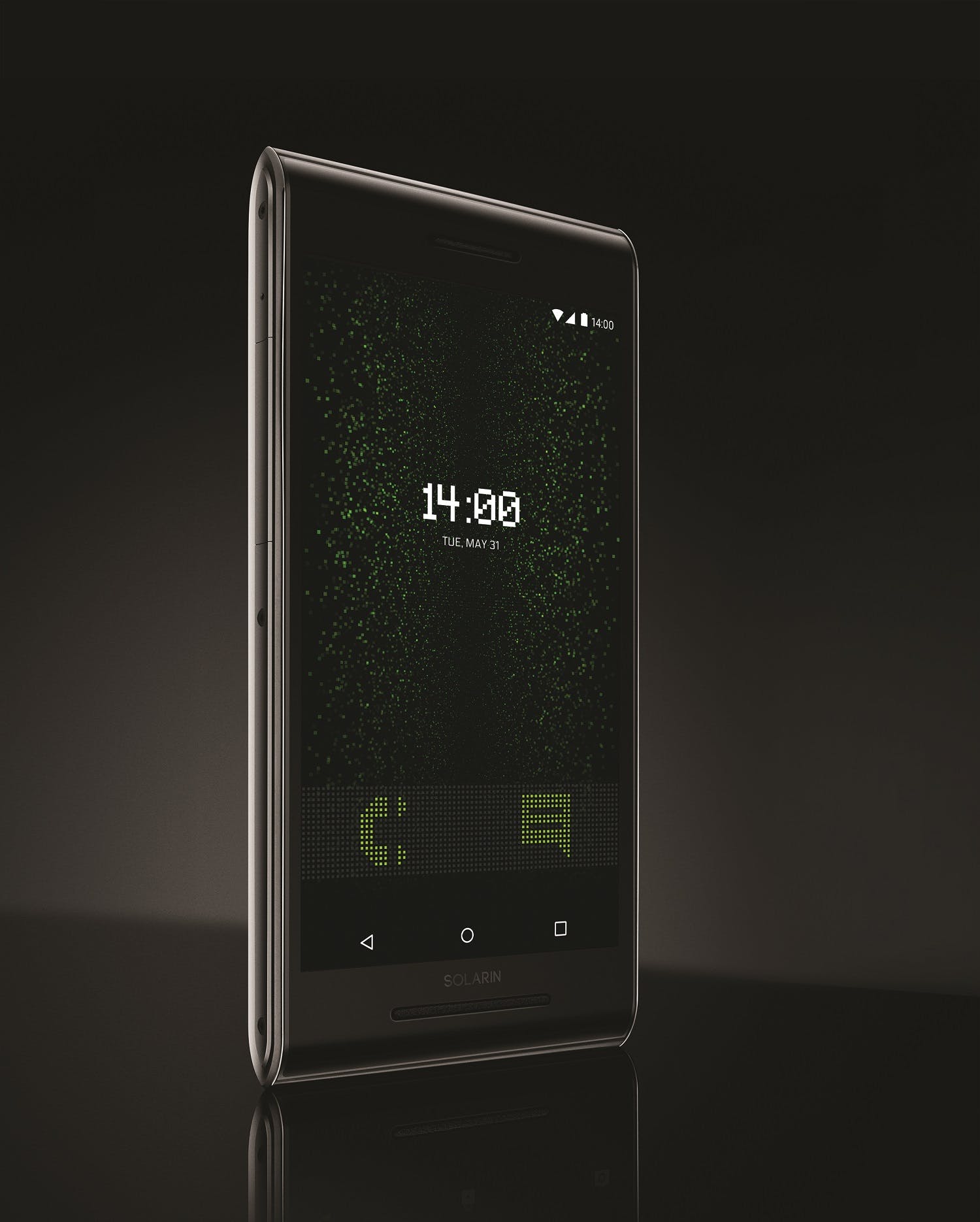 On specs alone, the Solarin competes directly with the highest end smartphones on the market. Inside the device is a Qualcomm Snapdragon 810 processor—which has been replaced as the company’s flagship processor by the 818 and 823 series and was ditched by Samsung last year because of overheating problems—along with 4GB of RAM, 128GB of non-expandable storage, and a bulky 4,000mAh battery that helps boost the device’s weight to 250g, or nearly half a pound.

The handset sports a 5.5-inch LED display that offers 1440p resolution, which is well suited to display everything captured by the 24 megapixel camera via a f/2.0 aperture lens. There’s also an 8-megapixel front-facing shooter to capture selfies. And if you’re more of an audio person than a visual one, the Solarin offers three bass-boosted speakers to pump up the jams. 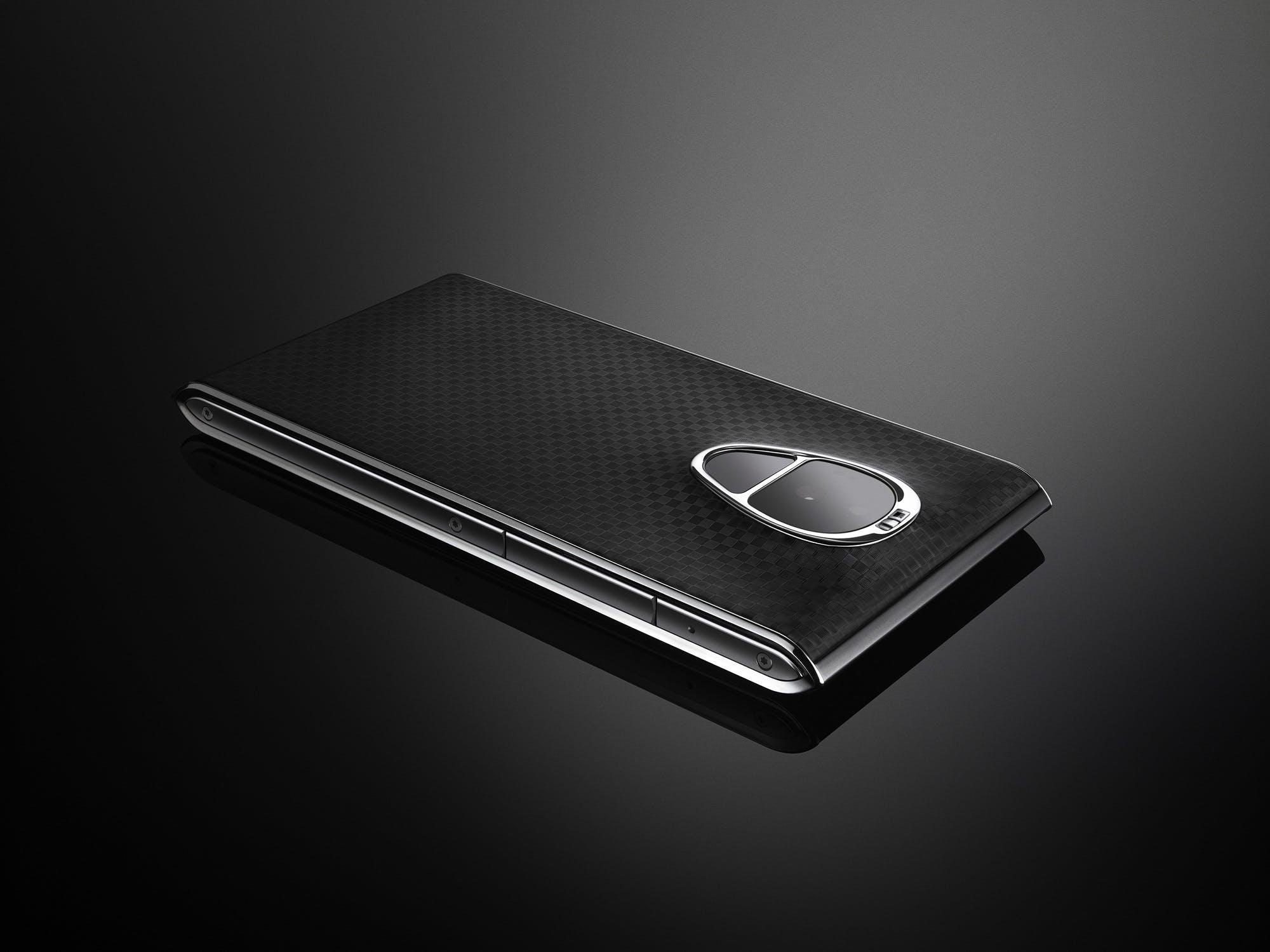 All of this comes before the real selling point of Solarin: privacy. The company puts a premium on the feature that has become increasingly important to many of us. Sirin Labs touts 256-bit encryption—boasting that it is “the same technology that militaries around the world use to protect their communications”—and “state-of-the-art mobile threat protection” from Zimperium, an enterprise-targeted mobile security solution.

To hear Sirin tell it, there has never been a phone quite as impressive as the Solarin. Obviously every company thinks it has the best device on the market, but Sirin may very well have hired Donald Trump—or perhaps John Miller—to write its press release.

The company claims to have an “unbeatable” display, the “richest and loudest” speakers imaginable. Everything is “premium” and “high end,” crafted by “experts” and “world renowned” designers. Pick a superlative and Sirin has applied it to this phone.

While the device may well live up to its price tag—if you have that kind of money for a device that typically has a life cycle of one year, let us know what it’s like—it likely can’t live up to the hype Sirin Labs’ marketing department is trying to gin up.

“When you say ‘military-grade encryption’ you’re kind of going back and dating yourself,” Vic Hyder told the Daily Dot. The chief strategist of Silent Circle, an encrypted communications company that makes the Blackphone, another security-centric smartphone. He explained that the term “military-grade encryption” was used when only the military used encrypted communications.

“They have referenced that a few times as a descriptor of their encryption,” he said, “but that is one thing that a lot of people in the industry look at and say, ‘Well, maybe at least the marketing team doesn’t know what they’re talking about even if the cryptographers do.'”

While Silent Circle and Sirin Labs are both pushing security features for business and enterprise users, Hyder said he doesn’t see the Solarin as a direct competitor to his company’s product. “Businesses aren’t going to be looking into spending $10,000 a phone per person,” he said.

Instead, the Solarin joins the elite ranks of the Vertu, an exorbitantly priced luxury brand of smartphones that use Silent Circle software for security purposes. Hyder acknowledged that there is a legitimate market for such a thing. “People with $10,000 plus to drop on a smartphone, they have some things they want to keep private, whether it’s business or personal,” he explained.

But if security is what people are after, they needn’t look to empty their savings account to make it happen—though not having any money is a good way to make sure none is ever stolen from you. Secure communications options are available for most mobile platforms—Silent Circle among them—and most devices come with at least some form of encryption option.

“The phones we carry in our pockets these days that Apple and Samsung makes are really impressive,” Hyden said. And while he acknowledged that many of the flagship phones from the most well-known manufacturers are more powerful than his company’s Blackphone, he noted that it’s “definitely the most secure” option available—especially at its price point of $799.

“If somebody was targeting me, I’m talking right now as securely if I had a $30,000 SATCOM phone,” he said of having a conversation on a Blackphone.

As for luxury devices like the Solarin, Hyden said, “Really, it’s a piece of jewelry you can make a phone call on. It sounds fantastic, it looks fantastic, but it’s one of those things that you need to make sure it’s out on the table because people need to see it.”