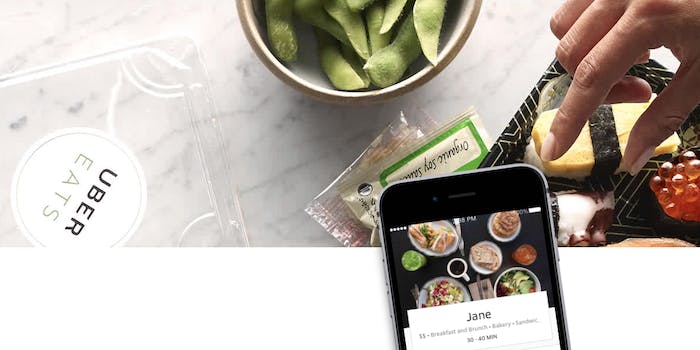 Amid allegations of sexism, Uber makes another sexist move.

An UberEATS promotion in India has some Twitter users reeling over its sexist message.

Over the weekend, Uber greeted users in Bangalore with a discount offer for Wife Appreciation Day. The promotion, which suggested husbands should “let your wife take a day off from the kitchen,” was not received well.

Uber quickly responded to the social media complaints, however. The official Uber Communications Twitter account replied to Asawari’s message above by saying, “This was totally inappropriate. We’ve removed it, and we apologize.”

Bozoma Saint John, the former Apple executive who was hired as Uber’s chief brand officer this summer, was also quick to react to the sexist UberEATS promotion on Twitter. Late Saturday night, she responded to tweets about the issue.

Oh hell no. This is completely unacceptable. Will take care of this.

Some Twitter users have pointed out that India does have a more “traditional” culture than here in the states. Based on reactions to this promotion however, it’s clear that a plurality of tech savvy Uber users don’t share that mindset.

Uber has been at the center of Silicon Valley’s gender equality crisis. In February, former Uber employee Susan Fowler detailed the sexism, abuse, and toxic culture she experienced during her time with the company. Shortly after, other women began coming forward with their own tales. Uber fired 20 employees in its investigation of the matter. Uber has vowed to change its ways, but despite serious changes in leadership—including the hiring of Saint John and new CEO Dara Khosrowshahi—the company has continued to make missteps.