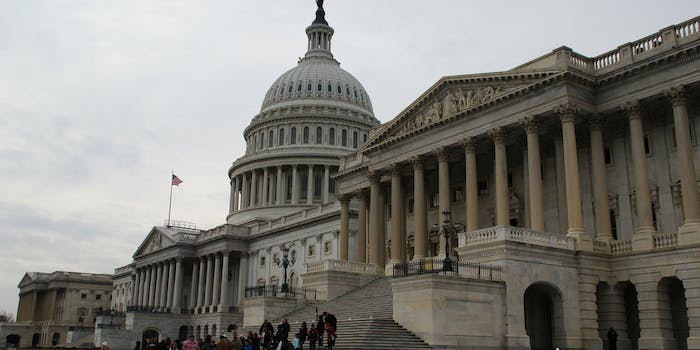 President Obama has said he will sign the bill into law.

The Senate on Tuesday passed a bill that reauthorizes recently lapsed spying powers and reforms one of the nation’s most controversial surveillance programs, ending weeks of bitter debate over government surveillance and civil liberties.

President Obama said in a statement that he “welcome[d] the Senate’s passage of the USA Freedom Act, which I will sign when it reaches my desk.”

The USA Freedom Act resurrects and modestly reforms the major provision of the USA Patriot Act that expired at midnight on Monday: Section 215, which the government used to operate a bulk telephone-records collection program until a federal court ruled the program illegal. The bill requires the Obama administration to transfer that program to the phone companies, which already collect such records for business reasons including customer billing, within six months.

The bill also revives two other expired Patriot Act provisions: the “lone wolf” and “roving wiretap” authorities, which let the government target individuals with no known links to terrorist groups and continuously wiretap individuals as they “rove” across devices, respectively.

“It is not an exaggeration to say the passage of the USA Freedom Act is the most significant victory for Americans’ privacy rights in more than a decade, and stands as a true endorsement of the principle that Americans do not need to sacrifice their liberty to have security,” Sen. Ron Wyden (D-Ore.), one of the Senate’s leading privacy advocates, said in a statement.

“I have spent nearly a decade fighting mass surveillance, first working to bring this secret dragnet to light and then working to bring it to an end,” Wyden continued. “The fight to protect Americans’ constitutional rights against government overreach is not over.”

House Speaker John Boehner (R-Ohio) said in a statement that the USA Freedom Act was “critical to keeping Americans safe from terrorism and protecting their civil liberties.”

“I applaud the Senate for renewing our nation’s foreign intelligence capabilities,” Boehner said, “and I’m pleased this measure will now head to the president’s desk for his signature.”

Leaders of the House Judiciary Committee, which had jurisdiction over the USA Freedom Act in the lower chamber, likewise praised the bill’s passage.

“The Senate should have acted before three national security provisions expired,” said a statement from Chairman Bob Goodlatte (R-Va.) and three other committee leaders, “but we are pleased that this historic piece of legislation is now on its way to becoming the law of the land.”

“Passage of the USA Freedom Act is an accomplishment made possible by meaningful congressional oversight,” Sen. Patrick Leahy (D-Vt.), the bill’s main Senate Democratic sponsor, said in a statement. “It is about living up to our responsibility to ensure the privacy rights of all Americans.”

Leahy promised to “continue to work to build on these reforms in the years to come.”

Dianne Feinstein (D-Calif.), a staunchly pro-surveillance senator and former chairwoman of the Senate Intelligence Committee, said in a statement that while the USA Freedom Act wasn’t perfect, it was “the best opportunity” to renew the expiring provisions.

“I believe these programs are necessary to protect American lives and prevent terrorist attacks in our country,” she said.

The American Civil Liberties Union cheered passage of the bill, which it called “an indication that Americans are no longer willing to give the intelligence agencies a blank check.”

Still, ACLU deputy legal director Jameel Jaffer said in a statement, “no one should mistake this bill for comprehensive reform.”

“Over the next weeks and months,” Jaffer said, “lawmakers must tackle the larger project of bringing the government’s surveillance practices back in line with democratic values.”

“It is monumental that Congress has finally acted to constrain overreaching surveillance agencies,” he said in a statement. “While we are disappointed that stronger reforms weren’t included in this package, the USA FREEDOM Act sends a message: unlawful, unaccountable, unacceptable surveillance must end now.”

“Meaningful surveillance reform has been a top priority for the technology sector,” said Dean Garfield, president and CEO of the Information Technology Industry Council. “This bill is a critical step in restoring America’s reputation as the leader in protecting the privacy and security of user data.”

Nuala O’Connor, president and CEO of the Center for Democracy & Technology, called the USA Freedom Act’s passage “a generational win for privacy and transparency.”

“We’ve successfully restricted government surveillance, protecting the privacy of Americans and strengthening transparency, while preserving our national security,” O’Connor said in a statement. “The era of casually dismissing mass surveillance as unimportant to liberty is over – even in Congress.”

Harley Geiger, CDT’s advocacy director, called the bill “the most significant national security surveillance reform measure in the past three decades” but said more work remained to be done.

“Congress should swiftly turn to ending warrantless law enforcement access to Americans’ emails by updating the Electronic Privacy Communications Act, as well as overhauling Sec. 702 of FISA to strengthen the privacy of Americans and non-US persons alike,” he said in the CDT statement.

“It took two long years of intense debate and negotiation,” said Kevin Bankston, Policy Director at New America’s Open Technology Institute, “but Congress has finally put a stake in the heart of the NSA’s program to collect the phone records of millions of innocent Americans.”

“We can only hope that today’s historic victory is just the first of many as we work toward a world without mass surveillance,” Bankston said in a statement. “Ultimately, we are not just fighting over this or that surveillance program—we are fighting for the soul of the 21st century, to ensure that modern communications technologies remain a tool of liberation rather than of oppression. That is a fight that will not be ending any time soon.”

The tech sector joined privacy groups in praising the USA Freedom Act. Reform Government Surveillance, a coalition of major tech companies including Facebook, Google, Microsoft, and Twitter, said in a statement that the bill “shows the United States’ leadership in ensuring transparency and accountability of government actions that impact the privacy and trust of Internet users.”

The USA Freedom Act’s unexpected long journey through the Senate, which began when the House overwhelmingly approved the bill before the Memorial Day recess, reignited the national debate over surveillance reform. The issue had mostly receded from the headlines as the avalanche of National Security Agency leaks from former NSA contractor Edward Snowden slowed to a trickle.

The Snowden leaks saga began on June 6, 2013, when the Guardian published a report about an NSA operation that turned out to be the Section 215 bulk-records program. Coincidentally, the bill that delivered the first meaningful reforms to that program passed almost exactly two years later, on June 2, 2015.

As part of the bulk-records program, the government received approval from the Foreign Intelligence Surveillance Court (FISC) to demand records of phone “metadata”—information about phone calls, like time, duration, and numbers called, but not recordings of the calls themselves—from phone companies.

According to a presidential review group that analyzed the program, “the information contributed to terrorist investigations by the use of section 215 telephony metadata was not essential to preventing attacks and could readily have been obtained in a timely manner using conventional section 215 orders.”

“Throughout the program’s existence,” the New York Times reported on Thursday, “it has never thwarted a terrorist attack.”

McConnell, who had wanted to reauthorize all of the expiring Patriot Act provisions without reforms, relented and brought the USA Freedom Act to the floor on Sunday because he saw it as the only way to avoid the expiration. A coalition of privacy hawks led by Sens. Wyden and Rand Paul (R-Ky.) had promised to block his “clean reauthorization” proposal.

But as the reform bill neared final passage on Sunday, Paul, a 2016 presidential candidate who opposes the USA Freedom Act because it does not completely end bulk surveillance, used Senate rules to delay a final vote until Tuesday, thus forcing the provisions to expire.

Even without Section 215 bulk collection, the government has other ways of collecting information about Americans en masse. As part of the program codenamed PRISM, the NSA gets data from tech companies under Section 702 of the FISA Amendments Act of 2008, and these data hauls often accidentally include Americans’ communications. The NSA is required to “minimize”—that is, scrub—Americans’ records from the data it obtains, but it has done a poor job of complying with this rule.