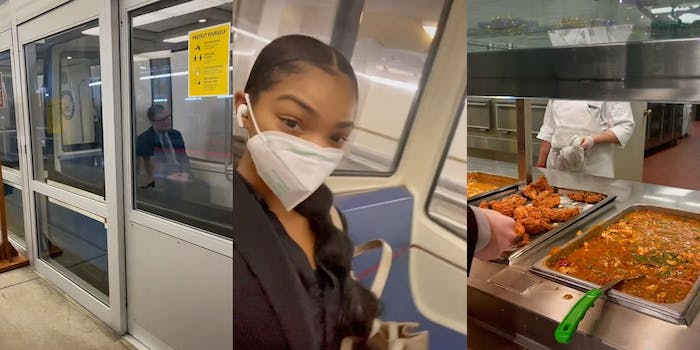 ‘Ohhhhhhhh so this is where all the money is’: Intern exposes Senate’s ‘secret’ train on TikTok—an viewers are disgusted by how lavish it seems

A Congressional intern has sparked debate about a decades-old U.S. Senate train in a recent TikTok.

The TikTok, posted by Khya Nelson (@kuwkhya)—an intern for the Congressional Black Caucus, according to her LinkedIn—has 128,000 views and over 20,000 likes.

In the video, the TikToker shows her trip on a train from the Senate wing of the U.S. Capitol Building to eat lunch.

“Another secret train lol, the Senate is so much nicer!” the caption reads.

The train, originally erected in 1909 to connect the Capitol to the Russell Senate Office Building, caught commenters off guard.

“Oh I found my taxes,” one commenter wrote.

“U.S senate dabbing into the military budget.. this seems like a lot,” another wrote.

Other TikTokers shared their personal stories with the train in the comments.

“I once rode the train back Russell Office Building after a joint session, and watched the doors close in Ted Cruz face,” one commenter said. “Funniest moment ever.”

“Aww! I used to love this when I interned at the capitol!” wrote another.

The Daily Dot reached out to Nelson via Instagram direct message.