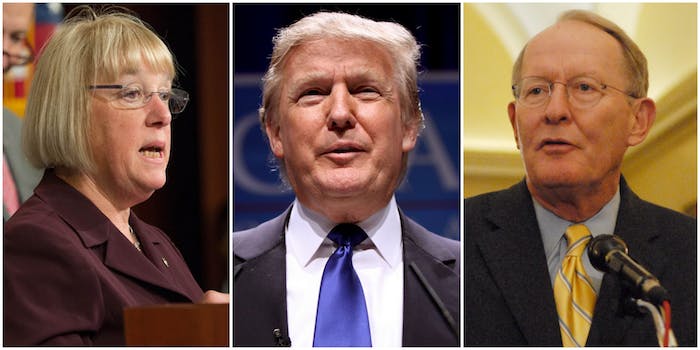 The deal, reached by Sens. Lamar Alexander (R-Tenn.) and Patty Murray (D-Wash.), would provide funding for subsidies under the Affordable Care Act for two years while giving states greater flexibility on rules under the federal healthcare law, the New York Times reports.

Trump has reportedly expressed his support for the bipartisan plan. But it still faces an uphill battle in Congress, especially in the House of Representatives, where conservative lawmakers have remained steadfast in their opposition to continuing Obamacare policies.

Despite his support for the deal, Trump characterized CSRs—which amount to approximately $7 billion this year—as a boon for insurance providers.