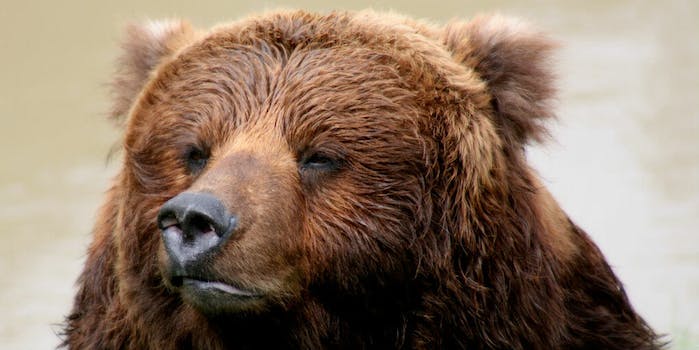 It only takes one selfie to gain worldwide notoriety, but as we’ve seen too many times over the years, the quest to go viral can cost you your life.

We were given another horrific reminder on Wednesday when a man in India was mauled to death by a bear as he attempted to take a selfie with the dangerous predator in the background.

The victim, Prabhu Bhatara, was returning from a wedding in an SUV when he stopped to use the restroom in the forest in the southwest Indian state of Odisha, the Hindustan Times reports. There, he spotted an injured bear and instinctively tried to snap a quick selfie with it. Other passengers looking on from the vehicle warned against approaching the animal, but Bhatara reportedly ignored their pleas.

Rather than try to get help or attempt to rescue him, passengers in the vehicle took out their cellphones and filmed the incident. Graphic footage of the video was later uploaded online showing the fatal attack. Only a stray dog attempted to save the man as the bear mauled him.

The incident marks the third fatal animal attack in India in the last year. Two men were killed in separate incidents trying to take selfies of elephants late last year.

Tragically, death caused by a foolish eagerness to post viral content rather than worry about safety is far too common. In 2014, when selfies were still becoming an online staple, 15 people died trying to capture images of themselves. In 2015, that number grew to 39, making selfies famously more dangerous than sharks;in 2016, selfie deaths totaled 73. The most common cause of death in selfie attempts is falling from heights, but there has been a wide range of accidents.

In 2016, a Washington man trying to snap a selfie with his weapon in hand shot and killed himself. Similarly, a 15-year-old in India accidentally pulled the trigger as he was taking a selfie while pointing his father’s gun to his head. In one of the earliest selfie-related incidents, a teenager in India posed to take a selfie on railroad tracks in front of an oncoming train. He didn’t get off the tracks in time and was killed instantly. According to researchers at Carnegie Mellon University, more than half of selfie deaths occur in India.