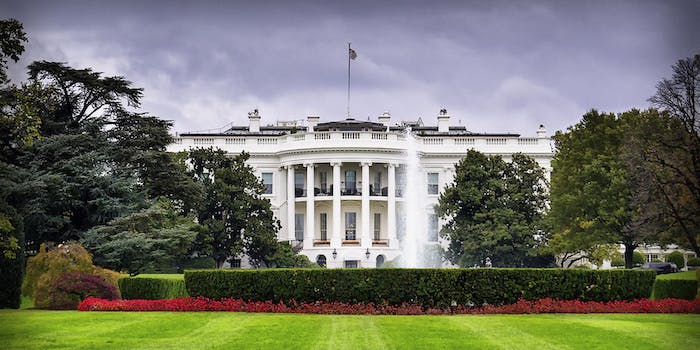 This is almost comically absurd.

The U.S. Secret Service has been plagued by incompetence and embarrassment in recent years, and the latest story of agent misconduct is almost too ridiculous to be believed.

Sadly, the incident is all too real. On March 4, two Secret Service agents interrupted a bomb investigation on the White House grounds by driving their vehicle into one of the compound’s security barricades. Investigators who reviewed the surveillance tape and other material suspect that the men were drunk at the time.

According to the Washington Post, which broke the story, the Department of Homeland Security is looking into whether a senior agency official allowed the two drunk agents to go home without taking a sobriety test, which would be a violation of agency policy.

One of the two men under investigation by DHS is Mark Connolly, a high-level member of the team that protects President Obama. The other agent is George Ogilvie, who has a senior role in the agency’s Washington, D.C., field office.

The apparently drunk agents drove through police tape and into the barricade late at night on March 4, interrupting a team of agents investigating a suspicious package that had been dropped off at the southeast entrance to the White House. The woman who dropped off that package shouted “it’s a bomb” before driving away. Police got her license plate number and she was later questioned.

In the most chilling part of the story, the Post reported that “investigators who have reviewed the tape of the incident say it is not clear if the pair drove very close to or over the suspicious item wrapped in the shirt.”

The Secret Service fired two agents, presumably the two men at the center of this episode, on Thursday afternoon.

Few federal agencies have faced as many controversies during the Obama presidency as the Secret Service. Former director Julia Pierson resigned in October following several troubling incidents during her tenure.  The White House said Thursday that President Obama has full confidence in her successor, Joe Clancy, even as DHS continues to investigate this latest embarrassing incident.