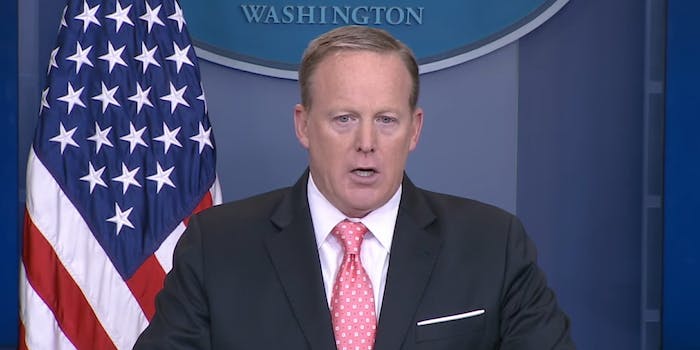 He joins a long list of White House officials to hire lawyers.

Former White House Press Secretary Sean Spicer has hired a lawyer as the investigation by Special Counsel Robert Mueller into Russian meddling of the 2016 election continues to grow.

Axios reported last week that Spicer kept notes of several key moments of President Donald Trump’s first few months in office. According to the news outlet, Spicer kept “notebook after notebook” during meetings he had as part of the Trump administration.

Spicer is one of several key White House officials that Mueller hopes to interview as part of his Russia probe.

Mueller’s investigation also is looking into whether or not Trump obstructed justice when he fired former FBI Director James Comey as the agency was conducting a similar Russia investigation.

The investigation continues to grow. Mueller is reportedly looking into three Americans with ties to Russian businesses who contributed almost $2 million to political funds controlled by Trump, according to ABC News.