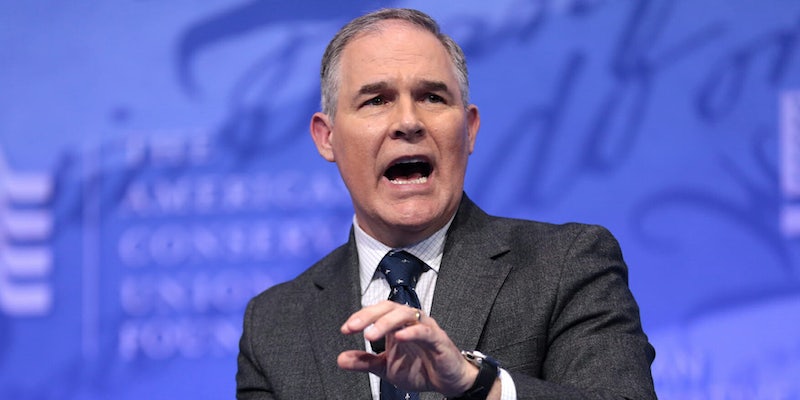 The mattress could land Pruitt in hot water.

An aide to Environmental Protection Agency (EPA) Director Scott Pruitt was tasked with trying to get him an old mattress from the Trump International Hotel—among other personal errands—according to just released congressional testimony.

Congressional transcripts show that Millan Hupp, a scheduling director for the administrator, told members of Congress she attempted to find Pruitt rental housing in addition to other odd requests.

Pruitt’s use of a condo in Washington D.C. that was linked to an energy lobbying firm has come under scrutiny in recent months.

Democrats in Congress want Rep. Trey Gowdy (R-S.C.) to subpoena the EPA to obtain records they believe will show Hupp worked improperly for Pruitt and could show the administrator’s “multiple abuses of authority in using agency staff for his own personal purposes.”

The request said they spoke with Hupp, who said she tried to obtain an “old mattress” from the managing director of the Trump International Hotel in Washington D.C.

Hupp also said she used the administrator’s personal credit card to book his trip to the Rose Bowl in California, according to the transcript.

The New York Times reports that ethics rules do not allow subordinates to do such tasks, including one provision that prohibits asking employees to handle personal matters outside of their place of work.

It’s not clear from the transcript why the administrator wanted a Trump Hotel mattress—however, in 2012 the now-president did tweet that a brand of mattresses with his name on them were “setting records.”