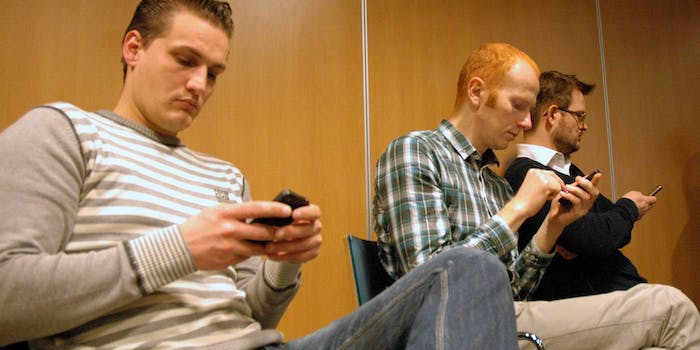 A study by the London School of Economics reveals that students perform better academically when they are banned from using smartphones during the school day. This restriction supposedly yields students the same benefits as if they were spending more time studying, and all they have to do is ignore their pocket-sized screens for the day.

Depending on who you ask, a smartphone is either the single greatest sum of human technological achievement or an infernal ADHD-generating apocalypse gadget. It’s obvious that schools will have a vested interest in guiding how their students interact with these God-machines, and academic administrators’ stances run from casual mitigation to outright bans on the devices.

It turns out that students operating within a smartphone-free educational paradigm score 6.4 percent higher on their tests than those who chose to engage with the electronic devil. “We found the impact of banning phones for these students equivalent to an additional hour a week in school, or to increasing the school year by five days,” researchers Richard Murphy and Louis-Philippe Beland told ABC6.

They wrap their paper with a mic-drop of a statement. Because student scores improved heterogenously, or across the board, Murphy and Beland write that “banning mobile phones could be a low-cost way for schools to reduce educational inequality.”