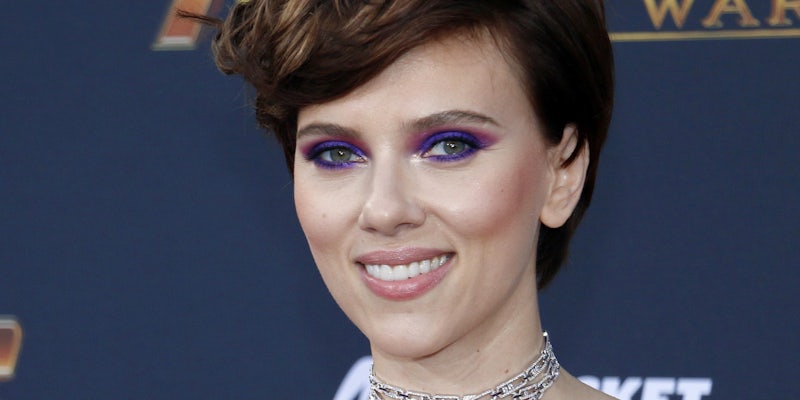 Scarlett Johansson speaks out against deepfakes

'The internet is a vast wormhole of darkness that eats itself'

Actress Scarlett Johansson is speaking out against deepfakes, videos in which images of her face have been superimposed onto the bodies of adult film stars.

In an interview with the Washington Post, Johansson warned that it’s “just a matter of time before any one person is targeted” with the technology, which relies on artificial intelligence to create the increasingly realistic videos.

“Nothing can stop someone from cutting and pasting my image or anyone else’s onto a different body and making it look as eerily realistic as desired,” she said. “The fact is that trying to protect yourself from the internet and its depravity is basically a lost cause… the internet is a vast wormhole of darkness that eats itself.”

Johansson notes that such uses of her likeness aren’t new, pointing to a robot revealed in 2016 that clearly featured her face.

The actress was also among numerous other celebrities in 2011 to have nude photos of themselves stolen and published online.

“The internet is just another place where sex sells and vulnerable people are preyed upon,” she told the Washington Post. “And any low level hacker can steal a password and steal and identity.”

Although such images could been seen as defamatory or fraudulent, the deepfake issue has yet to make its way to the U.S. courts. Experts say such videos may be protected by the First Amendment as well.

In an attempt to clamp down on deepfakes, Google gave individuals the ability in September to flag nude or sexually explicit search results of themselves. If deemed fraudulent, the search engine can then have the search results blocked.