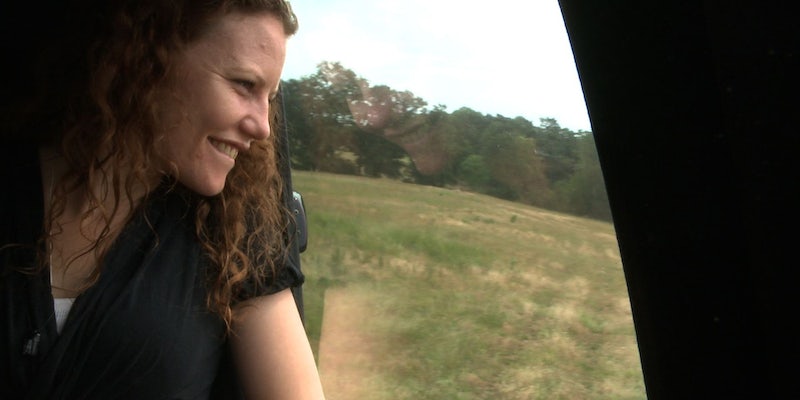 Sarah Harrison, the WikiLeaks affiliate who has accompanied former National Security Agency contractor Edward Snowden since he first fled the U.S. for Hong Kong, has finally left him.

She has resettled in Berlin.

It’s a lesser-known element of the near-mythic status of Snowden’s time stranded in Moscow’s Sheremetyevo international airport, when the U.S. revoked his passport, declared him a fugitive, essentially leaving him a man without a country. Harrison was by Snowden’s side all 39 days, then stayed in Moscow proper with him when Russia granted him a one-year asylum.

In a statement posted to WikiLeaks, Harrison praised what she says is a growing local movement that opposes NSA spying and supports Snowden, including the possibility that Germany could offer him asylum:

Already, in the few days I have spent in Germany, it is heartening to see the people joining together and calling for their government to do what must be done – to investigate NSA spying revelations, and to offer Edward Snowden asylum. The United States should no longer be able to continue spying on every person around the globe, or persecuting those that speak the truth.

Germany is home to what might be the most active anti-NSA movement in the world, as dozens of cities there have erupted in several protests each. Berlin is the adopted home of two other noteworthy American NSA critics: Tor developer Jacob Appelbaum and documentarian Laura Poitras, who filmed Snowden’s first public appearance in a Hong Kong hotel room.