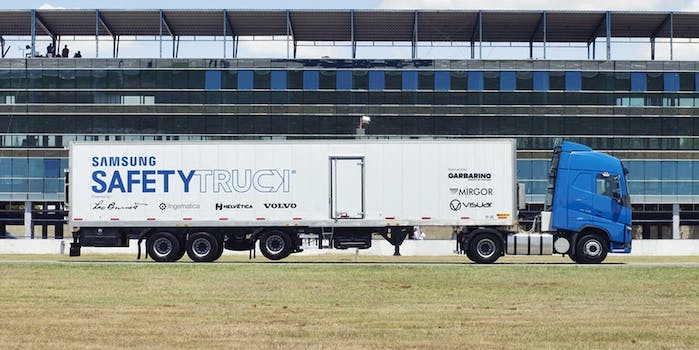 These massive screens are designed to prevent truck accidents

Mounting four giant screens on the back of a truck seems safe, right?

Samsung is testing a truck equipped with four massive screens, strapped on its rear, that show a livestream of the road ahead.

The Safety Truck’s purpose is to provide trailing drivers more vision so they can safely pass slow-moving semis and know when the truck is going to step on its brakes. The concept was introduced last year, but is now being tested in Argentina where Samsung plans to expand throughout the country and potentially the rest of the world in the next four months. 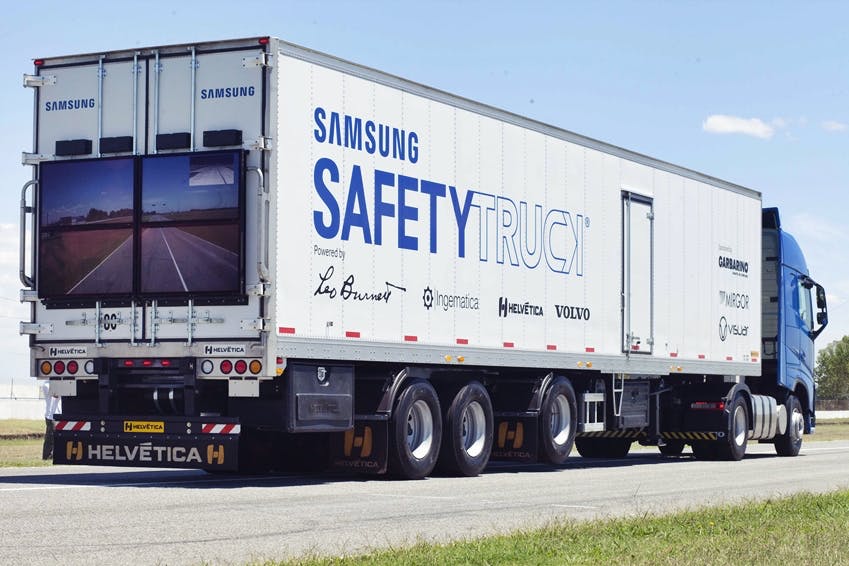 It is a simple and cost-efficient setup. A camera is mounted to the front of the truck and sends its footage to the back, where four large screens stream what the truck driver sees ahead of him.

The setup, however, raises concerns.

The first of which is how the screens will fare in adverse weather—Samsung says the screens are waterproof, but they will need special housing if they are to survive a below freezing winter.

Another major concern is how distracting the screens will be to drivers who are trailing the trucks. There is a chance that drivers are more focused on a truck with screens mounted to it, than by the purpose they are meant to serve.

It is also easy to space out during a long trip. What does staring into a specific location do to a driver’s peripheral awareness?

Finally, what happens when the feed’s frame rates drop or if the video begins to stutter and drivers are given a false image of the road ahead? Any delay could have devastating results.

Samsung will have to prove that it isn’t just mounting four of its TVs to the back of a truck—and that these screens could actually make a difference. If it can, the screens could save lives.