A Samsung phone just exploded, and this time it wasn’t the Note 7

Is this an isolated incident or a symptom of a larger problem?

Samsung‘s Galaxy Note 7 had an undeniably explosive personality, but it might not be the company’s only excessively hot handset. This weekend, a Samsung Galaxy J5 burst into flames in France, according to a report by the Associated Press. 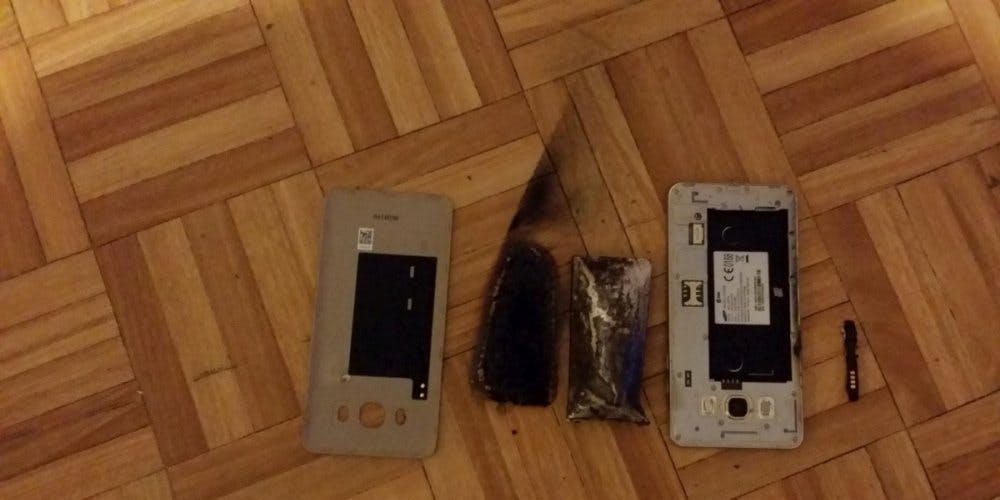 A woman named Lamya Bouyirdane bought the phone over the summer, and she claims it spontaneously combusted for no reason. According to the report, she noticed the phone looked “swollen” and began smoking before it eventually caught fire and burst into multiple pieces.

The device was eventually extinguished, and no bodily harm befell anyone in the residence, but the device did cause a burn to the floor.

Samsung is reportedly looking into the incident, but the company remains adamant that no other phone has the same defect as the Note 7. Since the J5 has been on the market for over a year now without any widespread issues, the company may well be right.

However, depending on where the batteries are being manufactured, and when, newer devices could experience defects that past devices did not, even if they carry the same name. Time will tell if Bouyirdane’s J5 was merely an isolated incident or a symptom of a larger problem.