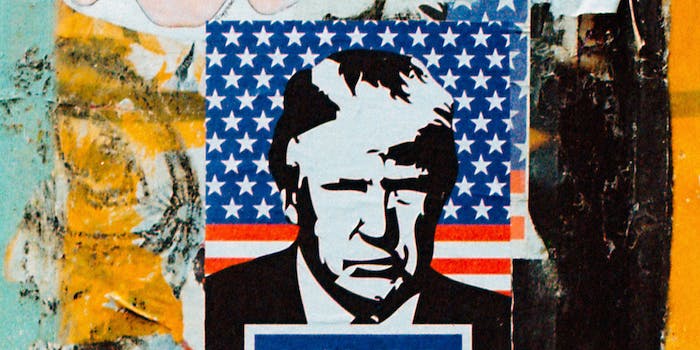 The influence operation began on Nov. 5 and has targeted Gab, Parler, and pro-Trump forums.

The campaign, which reportedly began on Nov. 5, has continued to target alternative social media platforms such as Gab and Parler with “inflammatory and politically-divisive messaging.”

The posts, which were also found on the pro-Trump forum patriots.win, amplified popular far-right conspiracy theories involving everything from the 2020 presidential election to coronavirus pandemic.

“Narratives have included false allegations of voter fraud, amplification of tensions over racial inequality and police violence, criticism of the U.S. government’s response to COVID-19, racist attacks on Vice President Kamala Harris, and accusations of senility and pedophilia directed at President Joe Biden,” Graphika writes. “The actors also disseminated a series of political cartoons, which appear to be unique and may have been created specifically for this campaign.”

Graphika believes that the influence operation is likely tied to the same campaign that helped create the “Newsroom for American and European Based Citizens” (NAEBC), an alleged media entity that has been accused of having ties to the infamous Russian government contractor known as the Internet Research Agency (IRA).

“The newly-identified activity discussed in this report shows that suspected Russian actors retooled and doubled down on efforts to target far-right American audiences after their previous activities were disrupted ahead of the 2020 U.S. election,” Graphika adds. “The actors’ continued presence on alternative platforms that lack rigorous policies on foreign interference has also allowed them to create a direct line to these communities, through which to deliver a stream of tailor-made political content.”

Despite the effort, however, Graphika notes that the influence campaign has struggled to gain any significant traction. Only 11 of the group’s posts were able to garner “more than 100 comments and interactions from authentic users.”