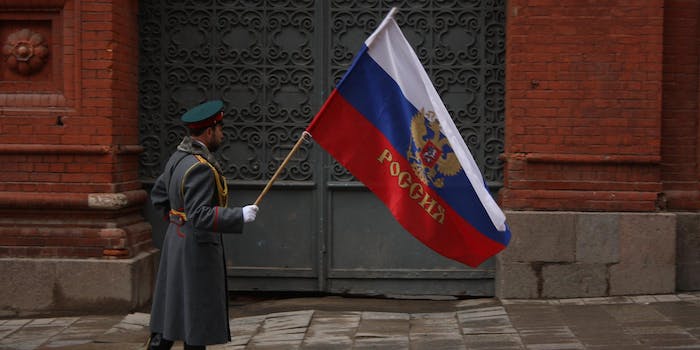 Russia is moving one step closer to its own "great firewall."

Russia is moving one-step closer to creating its own “great firewall,” a complex system of blocks and filters that would lock the country’s Internet inside a wall of censorship.

An influential Russian Internet industry group yesterday proposed a “two-level filtration of the Internet” that will include blacklists—already in heavy use in Russia—and real-time content analysis that will block any website based on the whether or not the content is against the law, multiple Russia media outlets report.

Russia’s League for Internet Safety, the powerful Moscow group behind the 2012 law that first established wide Internet blacklists in Russia, has put their full weight behind the new proposal and has offered to run the system themselves. The league was founded in 2011 by four major Russian telecommunications companies including Rostelecom, a state-owned firm. It also includes members like the head of Web portal Mail.ru and Igor Shchyogolev, Russia’s communications and press minister. The league’s entire purpose is to expand its policing of “negative content” in the future.

When the League launched over three years ago, it outlined a vision that included thousands of volunteers patrolling the Internet and reporting illegal content. Now, like so many Internet jobs, they hope computers can do smart, real-time patrolling.

The two-tier model has already been “successfully tested,” according to the executive director of Russia’s League for Internet Safety, Denis Davydov. And they had “proved their worth.”

This proposal follows a string of restrictive Internet laws being passed in Moscow including mandatory registration with the government for almost all bloggers.

Last month, a top legislature proposed that all Russian Internet providers be forced to use adult content filters to make sure children can only access the “clean Internet,” an inoffensive portion of the Web that was hardly ever specified.

The 2012 Russian blacklist, which passed Russia’s Duma legislature unanimously and with full-throated support from all parties, was first intended to block sites hosting child pornography, pro-suicide messages, or information on drugs—as well as a “mass effort” to fight Internet propaganda that was supposed to be artifically influencing Russian opinions. The list has since been used widely. Earlier today, it was used to threaten the BBC’s website with a block.

The League for Internet Safety argues that due to the Internet’s rapid pace of change and expansion, a simple blacklist is not enough. “Intelligent content filters” that constantly monitor all Russian’s Internet access are required.

Prior to the passage of these laws, Russia’s Internet provided some of the most free and independent media in the country. Hundreds of thousands of Russians have since adopted software like Tor in a bid to circumvent the country’s creeping censorship.

Russian commenters have been comparing the two-tier model proposal to the infamous Great Firewall of China, which has effectively censored the Internet in that country since 2003.

Many Russians are skeptical of the content analysis system’s ability to even do its job due to the gradual and inevitable transition to encrypted connections, Andrei Kolesnikov, a Russian telecommunications executive, told Kommersant.

The League for Internet Safety, which includes retired Russian politicians on its Board of Trustees, has a strong track record when it comes to pushing censorship laws through Russian government. While it’s too early to know the fate of “two-level filtration,” it’s easy to see that Internet censorship under the guise of protecting the children is very much in vogue in Moscow today.