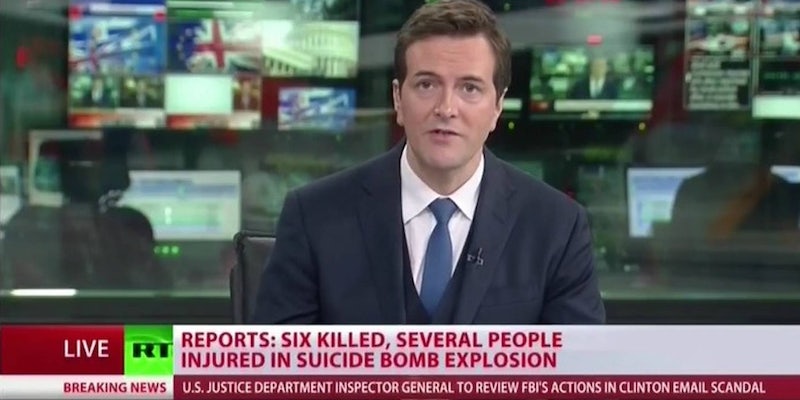 Why did a Russian propaganda network take over C-SPAN’s feed?

Well, this is unsettling.

With all the talk about Russia hacking the U.S. presidential election and with President-elect Donald Trump flattering Russian President Vladimir Putin, forgive people for wondering if their American institutions will be taken over by foreign adversaries.

Which made what occurred on C-SPAN on Thursday awfully strange: For about 10 minutes, Russia Today, a well-known Russia propaganda channel funded by Russia’s government, took over C-SPAN’s live feed. And nobody seems to know exactly why.

Here's the moment Russia Today took over the C-SPAN1 feed. Unclear what happened. RT aired for about ten minutes before C-SPAN1 came back. pic.twitter.com/mhWVgCoFxF

So, what gives? According to C-SPAN, it could have been an internal routing issue.

Russia Today spox to me:"RT in no way has cut into that broadcast; CSpan says (statement on twitter) that it is an internal routing issue"

That’s clearly a more likely reason than RT somehow gaining command of C-SPAN itself. But with recent news, you can understand why people would assume something more nefarious was at work.